EXCLUSIVE: The journalist shares what led to the now-dropped charges leveled against her by the actor after her arrest back in May.

May 26, 2021 was not the beginning of a nightmare for journalist Lola Adesioye but was, instead, a continuation and — as she called it — “an escalation.”

That was the day Adesioye was arrested and charged with sexual abuse and harassment against actor Gbenga Akinnagbe, probably best known for his role in The Wire. If convicted, she could have faced jail time, would have had to register as a sex offender, and it may even have jeopardized the immigration status of the United Kingdom native.

In theGrio‘s exclusive interview with Adesioye and her attorney, Robert Gottlieb, she recounted the events that led to the charges — and to her spending 28 hours in a Brooklyn holding cell.

Adesioye said she and Akinnagbe met at a party in 2019. As their friendship progressed, it also escalated to flirtation and even the occasional kiss. Additionally, Adesioye — a New York-based writer, commentator and singer-songwriter — occasionally helped Akinnagbe with business needs.

To further complicate matters, she was looking for a new place to live. Akinnagbe subsequently offered her a lease to a residence he owns right next to his home in Brooklyn.

Adesioye moved into the apartment on May 8, 2020, an intriguing date “because he claims that the first sexual abuse happened on the 14th of May, which was interesting to me,” she says. “We were neighbors,” she said, citing the coronavirus pandemic and their proximity as a reason that the two started spending more time together. 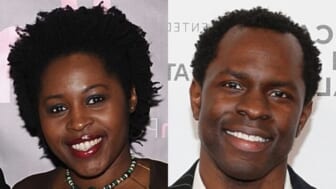 “Not long after, he was telling me about his assistant, and this person working for him wasn’t very good,” Adesioye maintains. “And he kind of needed somebody that was like me, who was not an assistant, but more of a teammate-type, partner thing.”

“So, yeah, we’re spending all this time together. His assistant leaves. I sort of take over doing that kind of stuff, plus more,” asserts Adesioye. “And then after a while, I just felt like, you know, I was just getting used essentially. It was really taking over my whole life, and then we were having issues around the subject of payment.”

According to Adesioye, one afternoon, she was at Akinnagbe’s home, and they argued about him paying her for her services. She said that if he wouldn’t pay her, she wouldn’t pay him rent. “So that became very contentious, actually,” Adesioye says.

While the two former friends tried to settle the matter amicably, the relationship nonetheless further deteriorated.

Adesioye says she began to feel harassed, and she filed a harassment complaint with Brooklyn’s tenant-landlord court. With the court’s assistance, she and Akinnagbe reached a settlement, with her paying him some back rent minus payment for the work she had done for the actor.

Adesioye’s attorney called the case against her clear “retaliation.” Gottlieb says he believes that Akinnagbe “wanted to assert his power and authority over Lola.”

Gottlieb and Adesioye presented Brooklyn district attorneys with three binders full of text messages. They were organized chronologically — before the first alleged incident, between the first and the second, then after.

It was the latter that struck Gottlieb most. He noted that in their text messages, Akinnagbe was still inviting Adesioye on trips and conversing with her.

“It’s only a year later when Lola stood up for herself,” said Gottlieb. “That this guy had the gall. They have this woman arrested and handcuffed.”

TheGrio reached out to a representative for Akinnagbe and received no response. 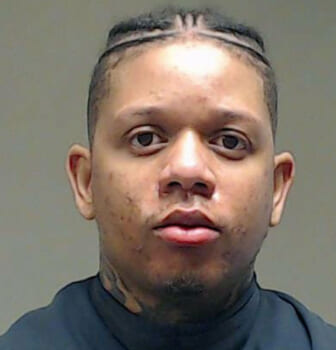 As for Adesioye, she is grateful that charges against her were dropped, and her attorney noted that it was only for one supervisor in the D.A.’s office, who finally filed to adjourn the case. Adesioye says she’s reviewing her own legal options, something Gottlieb supports, who adds: “The truth is. It would be a travesty. For him just to walk away scot-free. After inflicting this on Lola.”

“Filing false reports is a problem,” Adesioye maintains, “and people shouldn’t be allowed to get away with it. We should not be allowed to use celebrity to leverage the law to abuse and manipulate. I mean, I went to the housing court because he was harassing me. So essentially, he’s actually been enabled and empowered by the law to spend another five and a half months harassing me.”

“In a city like New York,” she continues, “where there is such serious crime happening and serious sexual crimes for somebody — and especially somebody who calls himself a criminal justice reform activist and an activist for women’s empowerment, to actually use something like sexual abuse as a joke for his own ego is just an absolute disgrace.”