"The person that did this couldn't be more cowardly," Philadelphia police tell reporters

A pregnant woman was fatally shot Saturday night in Philadelphia as she was leaving a baby shower to celebrate the anticipated birth of her unborn child in what police say appears to be a “targeted” shooting.

The unnamed 32-year-old victim was shot multiple times in her head and stomach around 8:30 p.m. ET, Philadelphia police told theGrio on Sunday. She was departing from her baby shower with a car full of presents, according to WPVI-TV.

The tragedy occurred in the 6100 block of Palmetto Street in the city’s Lawncrest neighborhood, according to WPVI. Police said the adult victim was seven-months pregnant at the time. She and her unborn baby were taken to Einstein Medical Center in Philadelphia.

Police said the mother was pronounced dead at 9:06 p.m. ET on Saturday. Her unborn child died at 9:15 a.m. Sunday morning. 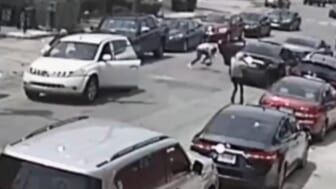 “The person that did this couldn’t be more cowardly,” Philadelphia Police deputy commissioner Christine Coulter told reporters after the incident.

Police said they found 11 bullet shell casings at the scene of the crime, but no weapon. They said no arrests have been made so far. Tom McDonald, the victim’s neighbor, expressed grief after the shooting.

“She was a nice person up and down the street. It’s just sad,” McDonald told reporters.

City officials have offered a $50,000 reward for information leading to an arrest. Tipsters can contact the Philadelphia Police Department by calling or texting 215-686-TIPS (8477). 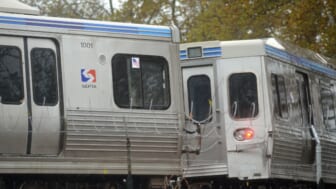 Philadelphia Mayor Jim Kenney described the shooting as “heartbreaking” and “deeply upsetting” in a statement posted on Facebook Sunday morning.

“My heart goes out to the victim’s loved ones during this painful time,” the mayor wrote.

Nearly 500 homicides have taken place in Philadelphia so far this year, according to WPVI.

“Children are getting shot, unborn children getting shot, what is the city doing about this?” Coulter told the news station. “The city as a whole is doing what we can. We can’t stop people who are intent on shooting somebody.”

Saturday night’s fatal shooting in Philadelphia is one of the latest in an ongoing nationwide surge in homicides in major cities this year. Researchers and authorities say the rise in homicides is partly due to “destabilizing effects” of the COVID-19 pandemic, according to the New York Times.

“I think the pandemic is just revealing a greater set of issues,” Denver police chief Paul Pazen told the Times. “There’s not a simple answer to any of this.”