Philadelphia boy, 3, injured, his father and another man killed in shooting on video

Surveillance video shows a man walking with the child when an SUV pulls up; two men exit it and start shooting.

A bold daytime shooting in Philadelphia left a 3-year-old child injured and killed his father and another man this weekend.

Raquane Wright and Evan Baylor were shot dead on Saturday and Wright’s 3-year-old son was wounded in the right leg and left thigh, and he was grazed on the side of his head, according to a local NBC News report.

The boy has been listed in stable condition.

Surveillance video footage from the scene shows a man walking with the child toward a car when a white SUV pulls up and two men exit it and start shooting. The SUV has been recovered, but there have been no arrests yet. 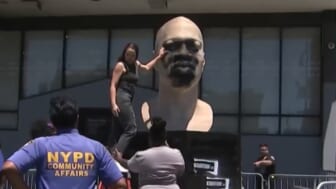 Saturday’s shooting was the second triple shooting in Philadelphia on the same day many African Americans across the country were celebrating the now-official Juneteenth holiday.

Mayor Jim Kenney said while the city is focused on addressing its rising crime rate, he lamented that police presence isn’t always the answer. “How do we have police on the scene when those two guys spot the guy they want to kill or shoot and jump out of the car?” Kenney wondered aloud. “I can’t tell you why people turn to crime other than the circumstances that they find themselves in, and we are working hard to change the circumstances.”

This week, Philadelphia leadership announced they will join over a dozen other cities to take advantage of federal dollars to implement community violence intervention programs. The White House will convene community leaders to “facilitate peer-to-peer learning and provide technical assistance.” 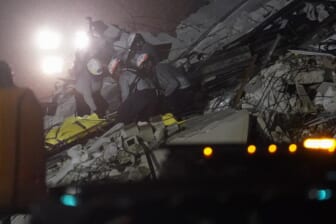 According to the official statement, President Joe Biden‘s strategy will stem the flow of firearms used to commit violence, support local law enforcement with federal tools and resources, invest in community violence interventions, expanding summer programming and employment opportunities for teens and young adults, plus help the formerly incarcerated reenter their communities with greater ease.