The US must deprogram its Thanksgiving mindset and honor Native Americans

OPINION: As we recognize the 400th anniversary of the first Thanksgiving, now is the time for the United States to deprogram itself from the myth of the Thanksgiving narrative

As we recognize the 400th anniversary of the first Thanksgiving, now is the time for the United States to deprogram itself from the myth of the Thanksgiving narrative — that fake history that tells us the Pilgrims landed on Plymouth Rock and became friends with the Native Americans, and they all lived happily ever after.

The reality is far more troubling, a history of the slaughter and dislocation of indigenous people. And it is incumbent upon us to honor and acknowledge the original people of this land and the suffering they have endured.

We all live on stolen land, land which was built over ancestral burial grounds. But do we know who came before us, and who cultivated the land for thousands of years? I live in Philadelphia on the traditional lands of the Lenape people. Whose land do you occupy? Do you know? And do you care?

On this 400th anniversary of the first encounter between the Pilgrims and the Wampanoags, Thanksgiving is a time of mourning, part of “The Great Dying” when disease brought on the Europeans’ Mayflower ship nearly wiped them out. The Wampanoags, who were on the land for 10,000 years, taught the White people how to plant crops and get through their first harvest, ensuring their survival. Contrary to the myth that the Pilgrims shared in their bounty and invited the Wampanoags over for a dinner feast, no such event occurred. 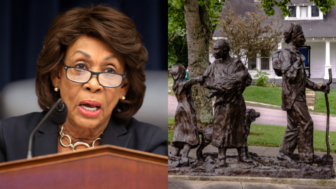 However, what did take place was a slow-moving genocide of the Native people, who regret to this day that they ever helped those White colonists survive. In the hundreds of years since, the Indians would endure a nightmare of land stealing and broken treaties, of massacres and children forced into boarding schools. These schools were a form of cultural and actual genocide where thousands of children were abused, killed and separated from their culture and language, all meant to “Kill the Indian in him, and save the man.”

What is a Thanksgiving celebration for those who wish to partake in folklore and fairy tales — like Santa Claus and the Easter Bunny — is a nightmare for those Wampanoag people who were thanked for their generosity and humanity with mass murder, homelessness and trauma. Often invisible in today’s society, Native American people are marginalized, if not left for dead.

Certainly, the U.S. does not acknowledge the humanity or existence of First Nations if society still allows racist sports team names, mascots, logos and rituals, and harmful media images and reporting reflecting the worst racial stereotyping of Native Americans. These racist mascots have psychological consequences for American Indian youth, such as depression, suicide and substance abuse. Why are the Atlanta Braves and their tomahawk chop still a thing? And while the Cleveland Indians just became the Cleveland Guardians — and the Washington Redskins apparently became nameless — what took them so long?

America is based on myths. Because that is what keeps the status quo going. This is why some White people would rather criminalize the teaching of the true history of this country, the legacy of genocide of the Native Americans, and enslavement of Black people. Knowing this history forces you not to look away, but rather to confront it and deal with it head on.

Schools always taught children that George Washington chopped down the cherry tree and couldn’t tell a lie, or that he had wooden teeth. But what if children learned the truth? For example, Washington owned Black people, including Ona Judge, who escaped from the presidential mansion in Philadelphia. And he wore the teeth of enslaved African people in his mouth.

Similarly, it is far easier to believe the whitewashed storybook fantasy that Pilgrims and Indians broke bread and celebrated together than it is to accept that 5 to 15 million indigenous people were wiped out since Christopher Columbus “discovered” America in 1492, and the U.S. later became a White settler colonial state.

Just as we have undertaken that badly needed decolonization of Columbus Day and made way for Indigenous People’s Day to take hold, America must unpack Thanksgiving and deprogram itself of White supremacist mythology and historical revisionism. This was a story with no happy endings, except for murderers, plunderers and land thieves. And yet, while the nation can never begin to erase or reverse what has happened since Plymouth Rock landed on us 400 years ago, America must acknowledge and repair the harm that was done.