Biden and Roker's bromance has been going on for years now, and the tradition continued with the "Today" co-anchor at the Macy's parade.

NBC’s Today weather anchor Al Roker continued his years-long bromance with Joe Biden on Thursday with a surprise call from the president live on-air during the Macy’s Thanksgiving Day Parade in Manhattan.

Roker was interviewing a paradegoer dressed as a firefighter during Thursday morning’s annual televised procession around Central Park and down Sixth Avenue when his smartphone rang, and the president’s face popped up on the screen, per Mediaite. 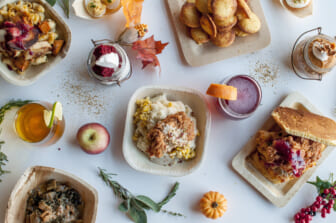 “Look at who’s calling,” Roker said as he presented his phone screen to the camera. “Hello, Al. How ya doing, pal?” President Biden said after Roker answered the phone.

Roker went on to ask the president what his message is to the American people on this Thanksgiving holiday.

“My message is after two years, you’re back. America is back, there’s nothing we’re unable to overcome, Al. You’re one of the reasons for that, pal. You’re always up, always rooting,” Biden replied.

“We appreciate it so much, Mr. President,” Roker responded. “I hope you’re able to continue watching the parade. Santa is coming.”

Biden and Roker’s parade route moment-sharing has been going on for years. During former President Barack Obama‘s second inauguration event in 2013, then-Vice President Biden stepped out of the president’s motorcade as it traveled through Washington D.C. to give a firm handshake to Roker, who was covering the official march on the side of the road.

The duo’s exchange may have put Biden in hot water with White House security.

“I got in so much trouble for coming over during the inauguration day parade with you,” Biden told Roker with a chuckle during a subsequent interview covered by E! News.

Earlier this year, during Biden’s own presidential inauguration parade, Roker and Biden greeted each other once again, this time with a fist bump.

After their exchange early Thursday, Roker jokingly questioned how Biden had obtained his phone number.

“He’s the president of the United States” Roker acknowledged. “I guess he can do that.”