Lisa Rinna sat down with Garcelle Beauvais on 'The Real', Porsha Williams appeared at The People's Choice Awards and more

From things seriously heating up on The Real Housewives of Salt Lake City to the end of the road for Kenya Moore versus Ramona Singer (at least for now), theGrio is back with your Reality Roundup of the week!

Since season one, many have questioned The Real Housewife of Salt Lake City star Mary Cosby and her church. As viewers may remember, the reality star inherited her church and married her step-grandfather, which was a point of contention between her and her castmates in the first season. On the latest episode of RHOSLC, the fallout from Jen Shah‘s arrest leads the other women to get some feelings off their chest about Cosby’s church, which naturally does not go over well with the pastor. 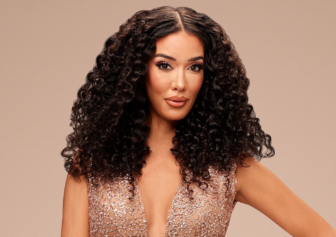 In the episode, Cosby gets into it with Lisa Barlow, Heather Gay, and Whitney Rose, and just about every other housewife besides Meredith Marks, who seems to be sticking by Cosby and choosing not to believe unsavory rumors about her church. Bravo also released a trailer for the second half of the season of RHOSLC, which by the looks of the tease, seems to be even more intense than the first half (which famously featured Homeland Security and the FBI chasing down Shah).

Check out the preview below:

Bravo fans have been eating up Real Housewives Ultimate Girls Trip. Bravo made its own “All Stars” edition of their popular franchise when they announced RHUGT on Peacock, theGrio previously reported. The series stars Cynthia Bailey, Kenya Moore, Kyle Richards, Teresa Giudice, Melissa Gorga, Luann de Lesseps and Ramona Singer on a lavish vacation, and has had plenty of laughs, antics and drama, especially between Atlanta’s Moore and New York’s Singer.

One of the most talked-about scenes in the series took place on a yacht while tensions came to a head. While Moore defended de Lesseps after Singer rehashed old drama with the housewife, Singer yelled at the RHOA star, telling her, “F*ck you!” What ensued is a screaming match between the two, with the rest of the women taking their sides in what has become one of the most memorable feuds in franchise history.

The Real Housewives of Atlanta got a major shakeup for its new season, theGrio previously reported. With mainstays Porsha Williams and Cynthia Bailey out, for now, the show is seeing the return of OG Shereé Whitfield, Kandi Burruss, Kenya Moore, Marlo Hampton, and some newbies. While Williams has been busy with her Bravo spin-off, Porsha’s Family Matters, she recently opened up about Whitfield’s return while on the red carpet for the People’s Choice Awards.

The reality star explained, “I think Shereé has a lot to bring. I’m looking forward to joggers coming soon.” Porsha, of course, was referencing Whitfield’s infamous SHE by Shereé joggers she announced at the season 10 reunion. “She’s bomb, so I’m sure she’ll do well,” Williams added.

While The Real Housewives of Beverly Hills may be over, the women are reportedly already filming their next season, and Lisa Rinna popped by her co-star Garcelle Beauvais’ other gig at The Real to spill some tea on the new season. In the clip, Rinna and Beauvais open up about their years-long relationship and how it’s playing out this season after the two spent last year at odds. 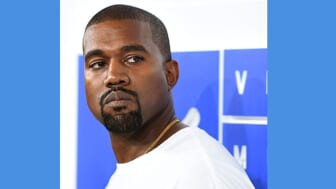 Beauvais said to Rinna in the clip, “You’ve been on the show longer, and you said to me, and all the other ladies, like what you’ve gone through to come back to build friendships. So, how do you do that? Because that’s what I struggle with.”

Rinna responded, “Right, I know, and I’ve gone through it now, I mean I’m in my eighth season, so I’ve had a lot of moving on. Now, there have been times where it’s been closure and I’ll tell you why I feel like it’s been closure because we actually move on.”

Rinna then referenced how they have been able to put their differences aside, adding, “We have had a tough bump in the road, but I feel like we’re finally able to organically move on.” While Beauvais seemingly agreed, Loni Love needed some more convincing.