Superstar Alicia Keys on Friday debuted her new album live in front of a packed crowd at the world’s fair in Dubai — a lively pop performance full of soaring vocals and piano solos.

“We can live on the air,” she crooned from beneath the vast shimmering dome at Dubai’s Expo, a fortified stage ringed by riveted — and COVID-19 vaccinated — fans bouncing, grooving and nodding to the beat. “Baby, baby, we gonna rock forever.”

Keys, 40, sauntered onstage in a glittery gold bodysuit, her hair in a tight bun, and jammed out her eighth studio album along with old classics, radiating confidence.

Her jazzy songs under the dome’s projected starry sky, set to percussive crosscurrents and piano arpeggios created a kind of ceaseless, dreamy rush through the Expo grounds as the warm winter night hung over the Persian Gulf. Keys twirled, grooved and sometimes sat alone hitting high notes from the piano. 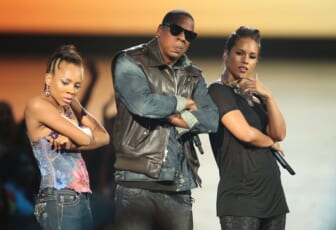 She presented the album’s premise to the crowd as an experiment on Friday night.

“Tell me which version you like better,” she said before performing starkly different versions of the same track, one swooning and one synthesized, asking for the audience’s preferences through their cheers.

Her Dubai set also featured hits like “Girl on Fire,” “Empire State of Mind” and “New Day,” booming anthems to which the audience danced and sang along wholeheartedly.

Much of the new material maintains her characteristic R&B backbone and themes of soul-searching, desire and devotion. But the “Unlocked” tracks offer a surprisingly distinct and stylized twist. 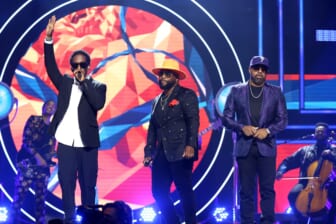 Keys’ previous album Alicia, released in the thick of the pandemic last year, focused on more topical and raw themes, with vulnerable confessions and references to virus-battered health workers and ordinary people’s struggles to scrape by.

Keys has said she felt the new tracks ushered her into more confidence and clarity, describing the album once as feeling just completely “comfortable in my skin.”

Over the dizzying past two decades of her career, Keys has become a global pop and R&B icon — as well as a bestselling memoir author, actress, activist, entrepreneur, Grammy host, philanthropist and pioneer of a #nomakeup in public trend. She’s also a mother, as she reminded the crowd when she invited her two small sons to the stage to accept flowers and plant kisses on their heads.

Before singing her closing crowd-pleasing classic, “If I Ain’t Got You,” she left the captivated audience with a final uplifting message from the piano bench.

“Don’t wait to tell the people … you love that you love them,” she said. “This is dedicated to you. I love you so much.”