The producer and the singer have worked together on each other's projects in the past.

New music from Dr. Dre is on the horizon. The seven-time Grammy-winning producer/rapper announced the completion of a new project with Marsha Ambrosius.

Both Dre (real name Andre Young) and nine-time Grammy nominee Ambrosius posted about the news on their respective Instagram pages, with nearly identical captions. Dre posted a selfie of himself in a recording studio with a full orchestra behind him.

The accompanying caption revealed the title of the project. “I just finished recording an album with Marsha Ambrosius. ‘Casablanco’ I had a blast!!” Dre ended with “This is some of my best work!!” 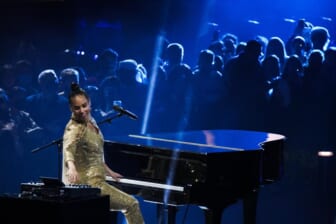 Ambrosius, the British singer/songwriter formerly of the Neo-soul duo Floetry, posted a black and white photo of herself wearing a Wu-Tang Clan t-shirt and a Gucci fanny pack, with Dre. in a recording studio at a mixing board, “I just finished recording an album with Dr. Dre “Casablanco” I had an amazing time!! This is some of my best work!!!” her caption read.

Neither Dre nor Ambrosius mentioned a release date for the album or a single. It is also unclear whether this is an album by Ambrosius that’s produced by Dre or if it’s a joint album.

While the rest of the details have yet to be disclosed, Casablanco will be Dre’s first album’s worth of work since 2015’s Compton. Inspired by the Academy Award-nominated N.W.A. biopic, Straight Outta Compton, Compton was Dre’s anticipated return to music as a solo artist following a 16-year gap from his last full-length album, 1999’s six-million-unit-seller, The Chronic 2001.

Dre and Ambrosius have worked together extensively in the past. Compton featured collaborations with Ambrosius on four of the album’s 16 tracks; “Genocide,” “All in a Day’s Work,” “Darkside/Gone,” and “Satisfaction.” 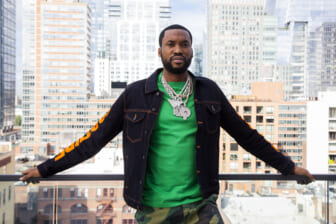 Also Read:
Meek Mill to donate $500K worth of gifts to Philadelphia families

The “Nuthin’ But a ‘G’ Thang” co-produced “Stronger” from Ambrosius’ 2014 sophomore solo release, Friends and Lovers. Young also performed a rap verse on the track. Casablanco will be Ambrosius’ first full-length project since her 2018 album, Nyla, named after her first-born daughter.

There has been much speculation about new music from Dre over the past couple years. The “Beats By Dre” mogul was photographed in the studio with the likes of frequent collaborator D.O.C. in January. Dre posted in 2019 that he may be involved in a sequel album of Kanye West‘s Grammy-winning Gospel turn, Jesus Is King. He had no involvement in West’s latest album, Donda, released in August.

As we wait to get more word on Casablanco, Dre will stay in the spotlight for the foreseeable future. This February, he will co-headline the Super Bowl Halftime Show, along with a line-up of past collaborators Snoop Dogg, Eminem, Kendrick Lamar, and Mary J. Blige.

Dre produced Blige’s first, and only, Billboard Hot 100 number one single, “Family Affair,” in 2002. All but one of Lamar’s official studio albums have been released under Dre’s Aftermath imprint.