The City Council's Finance Committee unanimously approved the settlement for Young, the victim of a wrongful police raid that left her naked in her home.

The city of Chicago is close to a settlement with Anjanette Young, the victim of a wrongful police raid that left her naked and handcuffed in her home.

According to The Chicago Tribune, the finance committee of Chicago’s City Council has unanimously approved a $2.9 million settlement for Young. The decision was made on Monday and will appear on the full City Council’s agenda on Wednesday for final approval.

As previously reported, Young recently rejected a settlement offer of $1 million made at a mediation hearing this spring. While she was not seeking a specific dollar amount, her attorneys called that offer “lowball,” as it was less than half of what was paid out to a similar victim.

“All parties have agreed to – Ms. Young and her Council and the City – $2.9 million,” said City Corporation Council Celia Meza, per WGN.

“We all saw that horrific video,” Mayor Lori Lightfoot said. “We all saw the way in which she was treated. I think it’s a good thing that this matter is resolved.”

Young had previously been critical of Lightfoot, speaking to her directly in a press conference earlier this year, saying, “You said that you would make it whole. Your words carry no weight. I want action, and I want it now.”

“We need to heal from this and move forward,” Lightfoot said on Monday.

However, another member of the council said the settlement was too low. “In my opinion, this settlement is not enough,” noted Ald. Raymond Lopez. “My heart of heart tells me that this is insufficient.”

Young’s legal team has not commented on the settlement amount. 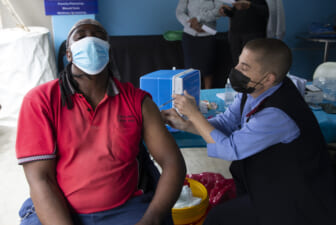 Young recently told New York Times contributing writer Esau McCaulley that when 12 police officers burst into her home in February 2019, her life was forever changed. “My life before was just a quiet life,” she maintained. “I lived a very quiet and simple life, and now my life has been completely turned upside down. I can’t sleep at night.”

The social worker was completely naked in front of 12 police officers — who were mostly white men — for at least 16 seconds before a jacket and then a blanket was eventually draped around her body.

The warrant used by the officers was based on faulty information. 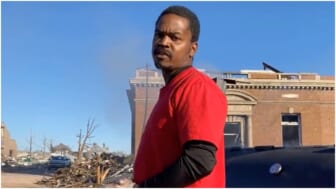 The Chicago Tribune reported that the Civilian Office of Police Accountability recently completed a 16-month investigation into the incident and found more than 100 allegations of wrongdoing and misconduct by the dozen-plus officers involved.

Disciplinary charges have been levied against Sgt. David Wolinski, who supervised the raid. He is currently facing dismissal. Police Superintendent David Brown filed disciplinary charges against Wolinski that include, in part, assertions that the sergeant “failed to intervene in the disrespectful treatment” of Young, overseeing the warrant’s delivery with no practice of the knock and announce rule, as well as failing to give Young a copy of the warrant or notify a SWAT team to assist in its execution.

“The city has never disputed Ms. Young suffered an indignity” during the raid, Meza said Monday regarding the settlement. She also asserted that a judgment would likely be much higher if the case had been taken to a jury.