A few bad apples? Racist text messages by Torrance officers show that policing in America is rotten to its core

OPINION: The Torrance Police Department is just the latest in a long line of law enforcement agencies that have come under fire for officers' racist texts and social media posts.

The revelation that officers of the Torrance Police Department in California exchanged racist, homophobic and anti-Semitic text messages is further proof that police racism is widespread in law enforcement agencies across the country. This is not an example of a few bad apples spoiling the whole bunch. The whole apple orchard called American law enforcement is rotten to the core.

So far, prosecutors in Los Angeles County and Torrance have dismissed a total of 90 cases involving the offending officers, with more than 1,800 cases under review, and state officials conducting an investigation. 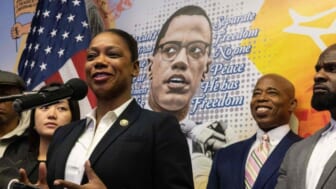 The Los Angeles Times revealed the details of the scandal, in which over a dozen officers shared racist texts involving the lynching of Black men, cops calling Black people “savages,” the N-word, and more. Over a dozen officers have been placed on administrative leave so far.

And yet, Torrance has been here before. The years of racist texts follow a longstanding pattern of racism by the department. In 1995, the U.S. Department of Justice sued the Torrance Police Department for discriminatory hiring practices, including only three Black officers, six Asian officers, and 15 Latino officers in a 233-member force. And the police reportedly engaged in blatantly racist policies, including using racial epithets to describe Black people and stopping all Black motorists.

The problems coming out of Torrance are not limited to that city or the state of California, but rather point to a systemic issue of policing across the United States. The racism and white supremacist violence reflected in text messages and online posts reflect the everyday misconduct, abuse, and brutality that police officers commit against Black folks—in the streets and on a daily basis.

“If you are a law enforcement officer and you kneel or lie on the ground so easily over the false narrative of police brutality, you will one day be executed on your knees or your stomach without a fight by the same criminals that you are currently pandering to,” posted one police officer, referring to the racial justice movement as “Black Lies Matter.“

In 2019, Reveal from The Center for Investigative Reporting identified nearly 400 police officers who are “members of Confederate, anti-Islam, misogynistic or anti-government militia groups on Facebook.” Of these, 150 were members of violent anti-government groups such as the Three Percenters and Oath Keepers. White supremacists waved Blue Lives Matter flags at the 2017 Unite the Right Rally in Charlottesville, Va., while Portland, Ore., police officers texted with far-right extremist groups.

And ProPublica exposed a secret Facebook group where Border Patrol agents have engaged in “disturbing social media activity” such as joking about the deaths of migrants, posting sexually explicit illustrations of Rep. Alexandria Ocasio-Cortez, and discussing throwing burritos at Latino members of Congress touring a Texas detention facility.

Another review of the social media activity of 2,900 officers from eight police departments and 600 retired officers found that 1 in 5 of current officers and 2 in 5 of retired officers used violent, dehumanizing or biased language on Facebook, mocked due process, and otherwise made comments that would undermine public trust in law enforcement among Black and Brown communities.  That report led to 72 Philadelphia officers placed on administrative duty, of whom 13 were fired.

Some police officers have used digital media to brag about their racially violent exploits.  St. Louis police officer Dustin Boone was convicted of a federal crime for the 2017 beating of Det. Luther Hall, a Black undercover police officer he thought was a Black Lives Matter protester. Sentenced to a year in prison for a beating Hall said was like that of Rodney King, Boone was undone by his text messages. “It’s gonna get IGNORANT tonight!!,” Boone texted two days before the attack. “But it’s gonna be a lot of fun beating the hell out of these shitheads once the sun goes down and nobody can tell us apart!!!!”

Meanwhile, Black police officers have used digital platforms to express their frustration over police racism. In February, a Black Louisiana deputy took to social media to decry police brutality and institutional racism before taking his own life.

“I’ve had enough of all of this nonsense, serving a system that does not give a damn about me or people like me,” Lafayette Parish Deputy Clyde Kerr III, 43, said in a video he posted on social media. “You have no idea how hard it is to put a uniform on in this day and age with everything that’s going on.” Affected by the death of George Floyd, the Army veteran and father of two children later killed himself with a bullet to the head. “This is my protest against police brutality and everything else that comes along with it in this broken, wicked, worldly system that does not give a damn about people,” Kerr added.

Further, let us not forget the Jan. 6 storming of the U.S. Capitol, an insurrection organized on social media. Some of the rioters involved in the attack were military and law enforcement officers who took selfies, posted videos,  comments on Facebook, sent messages as it happened, and used social media to help other insurrectionists. 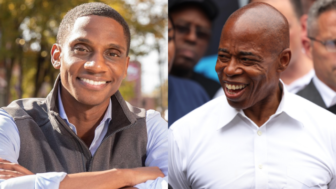 And this problem of racist police on social media is not limited to the United States. For example, in Australia—where Black Aboriginal people face police brutality and deaths in custody–more than 1,000 Queensland police officers participated in a “Defend the Blue” Facebook group featuring racist, sexist and homophobic content. The group was shut down, and eleven officers were disciplined.

Last year, Facebook investigated the “TN Rabiot Police Officiel,” a 7,000-member group of French law enforcement officers posting racially offensive comments, as Belgian federal police investigated online racist comments made by its officers. And Facebook groups featuring hundreds of racist comments against Indigenous people by members of the Royal Canadian Mounted Police have thrived. “The buffalo are not coming back. We may even exterminate them a second time,” read one post.

When defenders of police brutality say we don’t understand the police have a tough job, they are wrong. Black people know that since the days of the slave patrols, hundreds of years of oppressively policing Black folks is hard work. Tens of thousands of enslaved Black people escaped America’s plantation police state to Canada and Mexico. During Jim Crow, law enforcement and Ku Klux Klan were often one and the same. This is why it is almost laughable to claim white supremacists have infiltrated police departments when they always were the police.

Today, police racism continues online, via text and social media. These are not a few rotten apples, but a nationwide orchard of rotten blue fruit, from sea to shining sea.