TheGrio ranks the 10 greatest holiday-themed albums of all time.

It’s Christmas time, and that means that a litany of holiday songs will be playing everywhere. 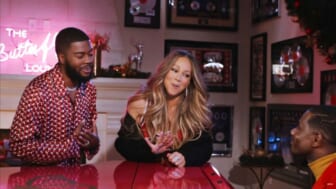 Also Read:
Sounds of the season: Five of this year’s best Christmas songs

It’s easy enough to pull out great compilations and create streaming playlists of amazing soulful Yuletide jams like Donny Hathaway’s “This Christmas,” The O’Jays “I Can Hardly Wait For Christmas,” The Emotions’ “What Do the Lonely Do at Christmas,” or others, but there’s nothing better than just pressing play on a Christmas album and walking away.

Through the years there have been countless holiday recordings by Black artists from every genre. The Temptations‘ Give Love on Christmas; New Edition’s Christmas All Over the World; Sounds of Blackness’ The Night Before Christmas…A Musical Fantasy; Luther Vandross’ This is Christmas and Toni Braxton’s Snowflakes are just a few examples. But we have to choose, so we narrowed it down to ten of the absolute best.

Here are theGrio’s top 10 Christmas albums of all time:

One of the last projects released before her 2016 death, Sharon Jones and her amazing band of Brooklyn soul maestros crafted a holiday album with their signature brand of funk that’s both modern and nostalgic.

Dropping a Christmas album as only your second release would be a risk for many artists. But for future gospel legend Kirk Franklin, it was just another opportunity to praise the name of the Most High with his fabulous Family choir.

Highlight – “Jesus is the Reason For The Season”
Hidden Gem – “Oh, Come All Ye Faithful”

Putting on an instrumental album gives any Christmas gathering a touch of class and elegance. While Ramsey Lewis’ Trio does just that with Sound of Christmas, there’s so much more. Lewis adds touches of blues, pop, and soul to these jazzy renditions of holiday classics.

Alexander O’Neal had one of the most unique voices of the 80s and after he was supported by the production team of Jimmy Jam and Terry Lewis, his star quickly rose. The Flyte Tyme duo outdid themselves on O’Neal’s Christmas album —from the classic title track to other funky, but wholesome holiday originals.

Just like Franklin, Boyz II Men’s sophomore release was a Christmas album. However, the quartet from Philly took it a step further, recording an album almost exclusively of originals featuring their signature harmonies and soaring knack for melodies.

Highlight – “Let It Snow”
Hidden Gem – “Who Would Have Thought” 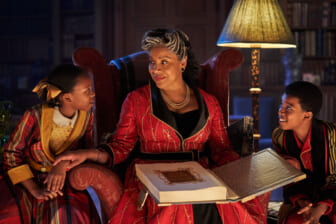 One of the greatest vocal stylists of the 20th century, Ella Fitzgerald has recorded definitive versions of many selections from the American songbook. Well, her 1960 album of Christmas songs, as the title suggests, adds swing and sophistication to tracks like “Sleigh Ride” and “Winter Wonderland.”

Carey has become as linked with the Christmas holiday as Michael Jackson is with Halloween. However, her smash hit “All I Want For Christmas is You” isn’t the only reason. The Merry Christmas LP, which includes the record-setting hit is full of spectacular vocal performances by Carey.

The Jackson 5 Christmas Album was the Motown group’s third and final album of 1970. It included an exuberant rendition of “Santa Claus is Coming to Town,” the definitive version of “I Saw Mommy Kissing Santa Claus,” and a new classic in “Give Love on Christmas Day” that’s been covered many times by the likes of The Temptations, New Edition, Johnny Gill and Ledisi.

Speaking of Jackson, Nat King Cole’s Magic of Christmas is the Thriller of holiday-themed albums. Simply put, there’s not one song on this collection that isn’t among the most played every December. Cole’s version of “The Christmas Song (Merry Christmas to You)” is still the definitive version.

At age 17, before he hit his prime, but already eight albums into a successful career, Stevie Wonder dropped the GOAT of Christmas albums. It’s the perfect combination of soulful standards and exquisite originals. He did lush, innocent versions of “The Christmas Song,” “Silver Bells,” and a gorgeous take on “Ave Maria” that features Wonder singing in Italian and playing a heartfelt harmonica solo.