Odom appeared on TV One's 'Uncensored' in 2019, in which he detailed his relationship with the actress

An old clip of Lamar Odom has resurfaced online and has found the former NBA star once again trending due to his personal life.

While it’s been years since his marriage to reality TV personality Khloé Kardashian ended, Odom still finds himself in the headlines regarding his love life, relationships, and more. The latest clip causing him to trend comes from a 2019 interview in which Odom detailed his relationship with actress Taraji P. Henson.

From TV One’s Uncensored, the former Los Angeles Laker explained how he met Henson, the connection they had, and why he ultimately left her for his future wife. 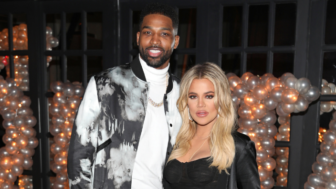 He explained in the clip, “I met Taraji at [an] HBO party. I met her and we hit it off right away…I really, really started liking her.” He explained, “I just wish I would have done things differently. She was a little older than me but I learned a lot from her because that was the most significant relationship as a grown-up that I had with a Black woman.”

He went on to explain how he used to carry a picture of her with him when he traveled during basketball season. He continued, “She gave me inspiration, you know what I’m saying? A Black woman working like that, that’s just as good at her craft as I was at my craft.”

Ultimately, he revealed the source of their split had a lot to do with him being, “an immature punk.” He explained, “Things ended with Taraji because of me being an immature punk. I didn’t know how to tell her that I was falling in love with another woman named Khloe Kardashian.”

Odom has also been vocal regarding the recent saga between Kardashian and Tristan Thompson, which was also trending on Monday. Thompson publicly acknowledged on Monday that he is the biological father of a son with Maralee Nichols, theGrio reported. Thompson was dating Kardashian when Nichols was conceived, leading him to share an apology on social media to Kardashian. 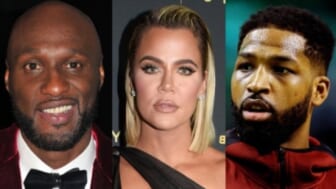 The news of course made its way to Odom, who has publicly voiced his support and care for Kardashian for years now. On a Facebook post about the news, Odom commented, “I truly wish nothing but the best for her and I’m hoping we can reconnect and talk one day as friends. She is a good person and deserves the world.”