The actor and comedian opened up to theGrio about the inspiration behind his new book, which is available now

Kel Mitchell is kicking off the new year with a brand new book. The actor and comedian released Blessed Mode in December, and theGrio caught up with him to break down the inspiration behind it, his journey so far and more.

Two-time Emmy nominated Kel Mitchell is feeling great. Many fans, of course, grew up watching him on All That and Kenan and Kel, the subsequent film Good Burger and more. Since then, Mitchell has been on an incredible journey, one in which he found strength in himself and in his faith. Blessed Mode, described as a 90-day challenge, is a faith-based book to help his readers with 90 “powerful devotions.” 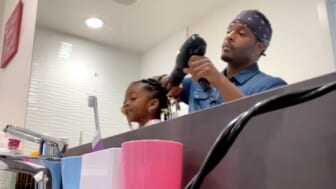 “I wanted to do Blessed Mode because I wanted people to be able to work on their physical strength, mental strength and spiritual strength,” he shared with us. “A lot of people are dealing with past regret, depression, whatever it may be that they’re dealing with, everybody deals with stress differently.”

He added, “For me, I was just like, ‘Yo, I want to do a book called Blessed Mode, where you really get into a mindset, right?'”

He continued to explain that being in a “blessed mode” is all about responding with “love and joy” to any circumstance that may come your way. “You want to make sure you take care of yourself spiritually, with that good armor…to know that God is with you!”

Mitchell opened up about the struggles he has had in his life, and how he overcame hurdles like depression through his faith. After realizing he had to, “change his life around,” he revealed the next step was recognizing patterns.

“I was like, ‘ok, there are some things I need to cut out of my life. People I need to cut out and things that I am doing I need to cut out.'” After meeting an evangelist who helped guide him through his “new walk,” he developed a constant prayer practice that, he reveals, helped him focus on the purpose that “God wanted” for him. 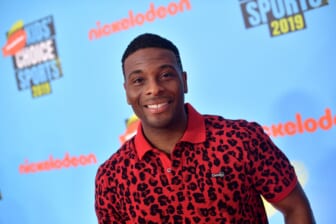 “Now I wanted to show love to others, I wanted to help others, and I started doing that,” he added. “God was telling me, ‘Hey, while you’re motivating me, I am motivating you’…you literally have to renew your mind daily.” He continued, “People always ask me, ‘How did you get out of all of those things over the years?’ I was like, ‘I’m going to put it in a book.’ So I start you off with scripture, I tell a story about my life, I have you pray and then after prayer, I have you apply it to your life.”

He added, “It’s a faith walk and it’s so beautiful…I just wanted to share it with others.”