‘I saw what you did for Ciara’: LaLa Anthony hints she may be ready to date again

La La Anthony recently said she doesn’t see another marriage in her future, but she does want a meaningful relationship similar to married couple Ciara and Russell Wilson.

The actress posted a photo of herself on Instagram along with the caption, “I brought in the New Year a little different this year. Kept things calm which is not my usual AT ALL lol but instead of being down about it I had to remind myself maybe that’s exactly what I needed.” 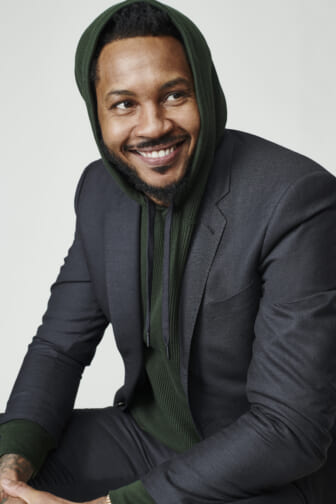 The Power star added, “Time to myself & time with me & Kiyan just to reflect & be grateful for all the blessings in our lives. We wrote down some goals & manifestations for 2022 so cheers to that. Wishing everyone an amazing New Year with more LOVE more BLESSINGS, GOOD HEALTH and most of all HAPPINESS. Love y’all so much.”

Anthony concluded her message with a nod to her pals, power couple Ciara and Russell. She said, “Ps. I saw what YOU did for Ciara (I mean I was around for that) and what u did for Issa and Molly from Insecure sooooo… yeah u know the rest.”

Anthony was married for 11 years to NBA star Carmelo Anthony until she filed for divorce last summer following endless rumors of his alleged infidelity. 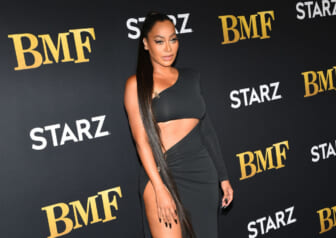 “After you’ve been through what I’ve been through, which was public and really hard, you do start feeling like that and you see how people become jaded and, you know, ‘Maybe it’s not for me.’ But I always want to stay positive,” she said on The Angie Martinez Show.

“Marriage, I don’t think I can do that ever again. I mean, some amazing person would have to come. I don’t see that happening again,” Anthony added.

“But I don’t know what God has in store for me,” she continued. “I’m just living and taking care of my son, and whatever is supposed to be will be. I don’t try to put too much emphasis on it because then you start accepting anything because you’re like, ‘I don’t wanna be alone so I’m just gonna be with whoever, just have people around.’ I don’t have the time to just have random energy and people around.”

“I want it to be the right thing,” she said.