Obama said many state legislatures have “not only made it harder to vote, but some have tried to assert power over core election processes”

Former President Barack Obama released a statement Thursday on the anniversary of the violent insurrection in the U.S. Capitol building when thousands of supporters of former President Donald Trump illegally entered the Capitol grounds.

“One year ago,” the statement began, “a violent attack on our Capitol made it clear just how fragile the American experiment in democracy really is. And while the broken windows have been repaired and many of the rioters have been brought to justice, the truth is that our democracy is at greater risk than it was back then.” 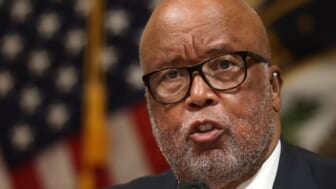 Obama referred to Trump’s big lie as “the claims that fanned the flames of violence on January 6th have since been embraced by a sizable portion of voters and election officials—many of whom know better.”

He added that in the wake of the insurrection, many state legislatures have “not only made it harder to vote, but some have tried to assert power over core election processes including the ability to certify election results.”

The 44th president added that as Americans, “we can’t set an example” to other nations when “leading figures in one of our two major political parties are actively undermining democracy at home. We can’t set an example when our own leaders are willing to fabricate lies and cast doubts on the results of free and fair elections.”

Obama concluded by noting that “our system of government has never been automatic. If we want our children to grow up in a true democracy—not just one with elections, but one where every voice matters and every vote counts—we need to nurture and protect it. Today that responsibility falls to all of us.”

“And on the anniversary, nothing is more important.” 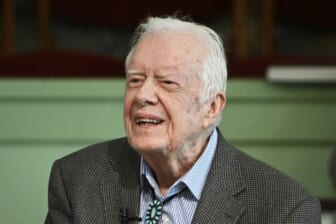 Another former president, 97-year-old Jimmy Carter, on Wednesday published an op-ed piece in The New York Times in which he too said that the American experiment in democracy is at stake. He wrote five things that Americans should demand of political leaders to “uphold the ideals of freedom and adhere to high standards of conduct.”

Carter said the first thing that must be done is to put aside political differences to uphold the constitution and fairness and to establish better election security and reform, as well as create ways to re-unify the political divide. Additionally, politicians should eliminate violence from politics by creating or amending existing laws, reforming social media, and encouraging the spread of accurate information.

“Our great nation now teeters on the brink of a widening abyss,” Carter said. “Without immediate action, we are at genuine risk of civil conflict and losing our precious democracy. Americans must set aside differences and work together before it is too late.”