The former couple met in Chicago in1995, five years after the NBA icon divorced his first wife.

Larsa Pippen and Scottie Pippen are officially divorced, five years after the NBA icon first filed to end their marriage after more than 20 years together. 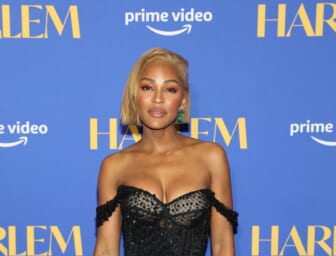 Their divorce was finalized on Wednesday, Jan. 5, according to court documents obtained by E! News. The agreement was signed on Dec. 15, 2021, and no details about it have been publicly provided. Scottie and Larsa met in 1995, five years after he divorced his first wife, Karen McCollum.

“They worked together amicably, with the help of a retired judge-mediator and their respective attorneys, to come to agreement on all of the issues,” Larsa’s attorney, David Glass, told E! News in a statement. “The case was actually resolved back in August, but it took the court some time to approve of the stipulated judgment. The parties continue to work cooperatively to co-parent their remaining minor children.”

Larsa and Scottie tied the knot in 1997, two years after meeting in Chicago. The former Chicago Bulls star filed for divorce from Larsa in 2016, citing irreconcilable differences. The former couple had an unsuccessful attempt at reconciliation and in November 2018, Larsa re-filed for divorce and requested joint legal and physical custody of four children, as well as spousal support.

At the time, she shared in a statement to TMZ, “It is with deep sadness that Scottie and I announce that we are legally separating. We have both tried very hard for a long time to make our marriage work and have ultimately come to the conclusion that it is best that we live separate lives.”

She continued, “We have so many amazing memories together, remain best of friends and love each other very much. Our four children have always been our priority and for their sake we ask for as much privacy as possible for our family during this sensitive time.”

It was rumored that Larsa had an affair with rapper Future during her marriage, theGrio reported. Adding fuel to fire, the hip-hop hitmaker seemed to take aim at Scottie in a song called “Rent Money.”

Larsa and Future both denied having an affair.

Following her separation from Scottie, Larsa has been romantically linked to Khloe Kardashian’s baby daddy, baller Tristan Thompson and Malik Beasley of the Minnesota Timberwolves.

Larsa, 47, was spotted holding hands with Beasley, 25, in Miami in November 2020. They looked very much like a couple — much to the surprise of his wife, Montana Yao. At the time, Yao said she was “blindsided” after photos surfaced of Pippen and Beasley.

“I’ve been separated going thru a divorce for over 2 years and I’ve been linked to a few guys my entire life so don’t sit here and paint a picture of me that isn’t true,” Larsa tweeted in December 2020, amid backlash over her affair with Beasley. “Malik and his ex were separated before I ever met him that’s a fact.”

Yao filed for divorce in December 2020 and as of last September, though she and her estranged husband are co-parenting their infant son, Makai, they have not reconciled.