A 5-year-old boy who escaped the deadly fire reportedly told a neighbor, a paramedic, a firefighter and hospital staff how it started.

A child playing with a lighter near a Christmas tree may be the cause of the fire that killed 12 people in Philadelphia’s Fairmount neighborhood on Wednesday.

The Philadelphia Inquirer is reporting that a 5-year-old boy who escaped the row house blaze told a neighbor, a paramedic, a firefighter and hospital staff how the fire started — and that his mother had died in it.

Investigators including officials from the U.S. Bureau of Alcohol, Tobacco, Firearms and Explosives have obtained a search warrant to search the home and noted the detail that “a child age 5 or under” may have been involved in the deadliest fire in Philly in a century.

“But this is not a criminal investigation,” Jane Roh, a spokeswoman for the Philadelphia District Attorney’s Office, told NBC News. “All we did was submit paperwork that would allow investigators access to the scene. This is an investigation that is being led by the Philadelphia Fire Department and the ATF.”

According to NBC 10 in Philadelphia, the Philadelphia Fire Department is conducting “a resource-intensive investigation.” PFD Deputy Chief Dennis Merrigan said. “It’s an exceptional time — manpower staffing, equipment, commitment — to get to the origin and cause of this tragedy.”

The ATF has deployed extensive resources due to the “magnitude of the scene and the significant loss of life.” That includes “fire protection engineers, electrical engineers and special agents who are experts in how fires ignite.”

The in-depth investigation is “to ensure that the proper attention and respect is given to those that lost their lives and to ensure that there is no stone left unturned,” said Matthew Varisco, special agent in charge of ATF’s Philadelphia field division, at a press conference on Thursday.

The fire’s victims have not yet been identified, but reports indicate that two sisters and their children are among them.

As officials continue to look into the actual cause of the three-floor rowhouse blaze, other critical eyes are trying to understand why there were so many people residing in its two units. 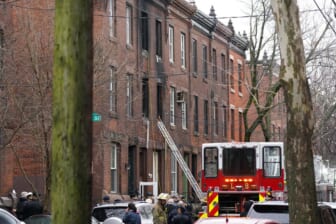 According to Kelvin Jeremiah, president and CEO of the Philadelphia Housing Authority, the leasing agreement was for 14 people in the upper unit, where the fire occurred, and six in the lower unit, a total of 20 residents. Fire officials said there were 26 living people in the homes at the time of the fire.

“The family grew between 2011 and 2021, adding about eight children to the family household. This is a family that wanted to be together,” said Jeremiah. “Our mission is to provide safe, sanitary housing. And I think we did so in this case.”

“This was a time of year when families gather,” he added. “We are not going to be critical of the families who have suffered this unimaginable loss. We are supporting them in their efforts.” 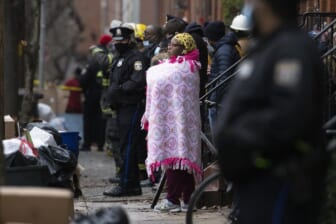 The School District of Philadelphia confirmed that two of the eight children killed in the blaze were current students in the district, and three were former students. The other three children may have attended non-SDP schools. Grief counseling has been provided to both students and staff at their schools.

A collection to support the survivors of the fire has been established by the Fund for the School District of Philadelphia, a nonprofit that serves to financially connect the district to the private sector.