EXCLUSIVE: The trailer of the documentary that examines police brutality against Black men and women dropped Tuesday

Ahead of this year’s Dr. Martin Luther King Jr. Day, a new documentary on police brutality will stream to Peacock. Produced by Public Enemy frontman Chuck D, Use of Force: The Policing of Black America premieres on the streaming service on Friday.

Here’s the exclusive premiere of the trailer: 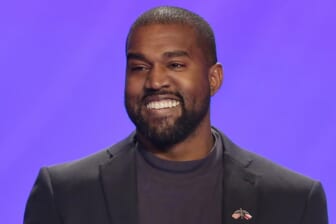 Use of Force: The Policing of Black America will examine how Black men, women and people of color have been drastically and disproportionately subjected to and affected by police brutality. Chuck D also narrates the film, highlighting how the names of Black victims of violence from law enforcement flood the headlines, news feeds, and social media.

The deaths of Breonna Taylor, George Floyd, Philando Castile, Sean Bell, and many others are covered here, as many are interviewed, and the circumstances of these cases are examined. In addition, the film will also discuss the protest movements, particularly Black Lives Matter, that have arisen from these incidents.

As seen in the trailer, viewers will be reacquainted with the brutal footage of viral videos that captured the killings of Floyd, Castile, Walter Scott, and others, while also seeing footage and imagery of protests from the civil rights movement of the 1960s and Black Lives Matter protests for Floyd and Michael Brown in Ferguson, MS.

“Black communities have a deep-rooted fear of being treated unfairly by police,” Chuck D narrates. “Today’s political environment has carried on the tradition of protecting those who have been accused of excessive force.”

Besides going over the statistics and systemic ideas that have led to these bloody and deadly encounters, Use of Force will also discuss police reform and introduce solutions to the problem that’s been in place for decades.

Among the subjects interviewed for the film are political figures like Valerie Jarret, senior advisor to former President Barack Obama, and Black Lives Matter co-founder, Alicia Garza. Also featured in the doc are members of law enforcement such as former Police Chief of Linden, New Jersey, Jonathan Parham, and members of the victims’ families, such as Valerie Bell, mother of slain Sean Bell.

Chuck D has been at the forefront of enlightening Black issues for over three decades. His Rock and Roll Hall of Fame rap group Public Enemy has released classic records that have called out social and political inequity, including “Fight The Power,” “Burn Hollywood Burn,” “Shut Em Down” and “By the Time I Get to Arizona.”

Aside from his music, Chuck D has also dedicated his time to various causes. Last September, he teamed up with Stand Up To Cancer for a PSA to help combat the dangers of colorectal cancer, as theGrio reported.

Use of Force: The Policing of Black America is directed, written and co-executive produced by Cary Grant Jr.