Not only was Dickerson the first Black man to win the title, he was also the first openly gay Mr. Olympia.

Chris Dickerson, who rose to fame in the fitness industry, becoming the first Black Mr. America and the first openly gay man to be Mr. Olympia, died last month at the age of 82.

According to People, Dickerson had broken his hip in 2020, and recently suffered a heart attack and battled COVID-19. He was living in a Fort Lauderdale, Florida, rehabilitation center prior to his death.

Dickerson was born Henri Christophe Dickerson — the third-born of triplets — in Montgomery, Alabama, on Aug. 25, 1939, as reported by The Washington Post. Their parents divorced when the triplets were infants.

His mother, Mahala Ashley Dickerson, who counted Rosa Parks among her friends, was the first Black woman admitted to the Alabama State Bar after graduating from the law school at Howard University when her triplets were 9 years old. She was also the first Black president of the National Association of Women Lawyers and the first Black female homesteader in the state of Alaska — where she lived from 1958 until her death — and was that state’s first Black attorney. The athlete’s father, Henry, was a bellhop who eventually became the head of transportation for Cleveland Trust, one of the largest banks in Ohio.

Chris Dickerson studied at Mannes College of Music and the American Academy of Dramatic Arts, a fact he later credited with the theatrical quality he brought to his poses as a groundbreaking professional bodybuilder.

In 1970, he became the first Black man to win the title of Mr. America. That competition, presented by the Amateur Athletic Union, was created in 1939 “to select ‘America’s Best Built Man’ and was focused on honoring the ancient Greek virtues of health, muscularity, symmetry and character to showcase some of the finest specimens of American masculinity,” according to the history section of the AAU website. 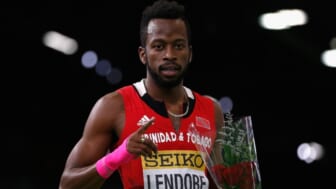 Not only was Dickerson the first Black man to win the competition, but standing at only 5-foot-6, he was also one of the shortest. Still, he had an enviable physique. In describing Dickerson’s physique, The Post referenced a 1971 article in Ebony that compared him to Muhammad Ali. “While Ali may be ‘the greatest’ in some respects,” the magazine wrote that, at the time, “stacked against Dickerson he’s something of a muscular pipsqueak.” The then-190-pound Dickerson had a 48-inch chest, 30-inch waist, 27-inch thighs, 17-inch neck and 18-inch arms and calves.

After winning Mr. America, Dickerson went on to appear on The Tonight Show, yet unlike many white former and future titleholders, he never got a real shot at a career in Hollywood. “I’m ready,” he said, “if anybody calls.”

He became a public speaker to young people, once telling The Associated Press, “I would like for people to feel that if man is made in the image of God, then the human body is a thing of power and beauty.” 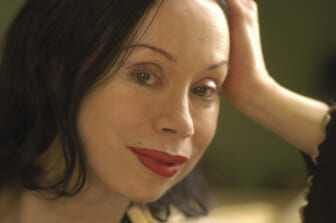 It was in 1974 that Dickerson won the professional Mr. Universe competition, just over a decade after moving to Los Angeles, where he trained with Bill Pearl, who was himself a former Mr. Universe.

In the 1970s, Dickerson was openly gay, although he rarely spoke about his sexuality in interviews.

After the end of his professional career, Dickerson became a bodybuilding commentator for ESPN and ABC’s Wide World of Sports. He was inducted into the International Federation of Bodybuilding and Fitness Hall of Fame in 2000, and the Muscle Beach Venice Hall of Fame in 2014.

According to The Washington Post, he leaves no immediate survivors.