According to Chappelle, he recently saw a text from Saget and didn't text him back, saying that he was “just busy.”

Dave Chappelle popped up at a comedy club in West Hollywood on Thursday night, where he told the audience about his relationship with fellow comedian Bob Saget, who died in a Florida hotel room earlier this week.

In a video exclusive from TMZ, it was at the Peppermint Club where Chappelle said he started doing comedy young, noting that many of his peers are older than him and have started to recently pass away. About Saget, he shared, “I didn’t see Bob coming.”

According to Chappelle, he had just seen a text from Saget, and he hadn’t texted him back, saying that he was “just busy.” He told those assembled: “I’m just saying this to remind you that these moments are precious. That when I come out at night, I’m just not just hanging out, I’m making memories. I’m making history.”

Saget made a scene-stealing appearance in Chappelle’s 1998 cult classic film, Half Baked.

Additionally, Chappelle sarcastically addressed the ongoing criticism of his comments about members of the LGBTQ+ community, particularly in his Netflix stand-up special, The Closer, which aired last year. “2022, the new me is not going to do any of those transphobic bigoted jokes,” he said to some laughter from the audience. 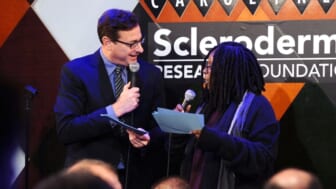 “I’m gonna tell you something else: I am not in battle with the transgender community,” Chappelle said. “That’s ridiculous. I do not blame the Ls, the Gs, The Bs or the Ts … blame the Jews! Somebody else’s fault. Marching for the Netflix.”

According to TMZ, Chappelle was friends with Saget and frequently participated in Saget’s fundraising events to fight scleroderma, the disease that killed his sister, Gay, in 1994. 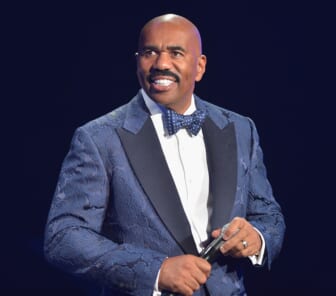 Just weeks before his death, Saget talked about losing his sibling, telling CBS News last month, “It was a three-to-four year process, and she was gone. And I couldn’t bear it. I can’t get the images of the end of her life out of my head, ever.”

Saget died Sunday at the age of 65. He was found in his room at The Ritz-Carlton Hotel in Orlando, Florida, a stop on his stand-up tour. Investigators believe he may have suffered a heart attack or stroke in his sleep.