Four inmates say the Washington County Detention Center and its doctor gave them ivermectin to treat COVID-19 without their consent.

A group of prisoners in Arkansas is suing the Washington County Detention Center, its sheriff and its physician, alleging that they were given ivermectin to treat COVID-19 at the Fayetteville facility without their consent.

The American Civil Liberties Union filed a federal lawsuit on behalf of the men last Wednesday.

The plaintiffs allege they were told that they were being given “vitamins,” “antibiotics” and/or “steroids.”

“The truth, however, was that without knowing and voluntary consent, Plaintiffs ingested incredibly high doses of a drug that credible medical professionals, the FDA, and the Centers for Disease Control and Prevention all agree is not an effective treatment against COVID-19,” the lawsuit against the Washington County Detention Center, Washington County Sheriff Tim Helder and Dr. Robert Karas says, according to CBS News.

The plaintiffs in the case include inmates Edrick Floreal-Wooten, Jeremiah Little, Julio Gonzales and Dayman Blackburn, according to a statement released by the American Civil Liberties Union.

The men were reportedly treated with more than three times the approved dosage of ivermectin, which is used to treat some parasites and rosacea, but is not approved by the Food and Drug Administration as an effective treatment for COVID-19.

“The Federal Food and Drug Administration has said that misuse of Ivermectin for COVID-19 can cause serious harm including seizures, comas and even death,” Sullivan maintained. “The detention center failed to use safe and appropriate treatments for COVID-19, even in the midst of a pandemic, and they must be held accountable.” 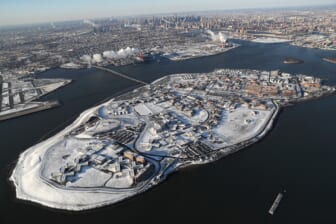 Also Read:
15 Rikers Island prisoners died in 2021. All were Black and brown.

According to the ACLU, the men were given Ivermectin in November 2020, and found out the truth about the pill in July 2021. It was confirmed that the drug was being dispensed to them in August 2021, the same month the four plaintiffs tested positive for COVID-19.

CBS News interviewed one of them, 30-year-old Floreal-Wooten, who said it was only after news reports emerged — after they began taking the mix of between two and 12 pills twice daily — that prison authorities began to ask the inmates for permission. Nearly two dozen inmates turned down the treatment.

The suit’s four plaintiffs are seeking to be examined by independent medical professionals, as well as to be “awarded their costs, fees and any other appropriate relief to which they are entitled.” 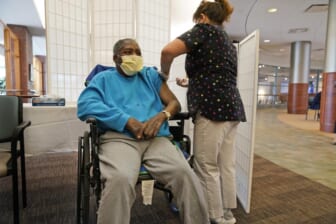 Also Read:
COVID deaths and cases are rising again at US nursing homes

“It was not consensual. They used us as an experiment — like we’re livestock,” he said. “Just because we wear stripes and we make a few mistakes in life, doesn’t make us less of a human. We got families, we got loved ones out there that love us.”

Covid protocols at the detention center are not being followed, including the allocation of masks to inmates. Further, according to the Arkansas Justice Reform Coalition, more than two-thirds of the center’s 750 inmates are being held pre-trial, and more than 80% of those are there because they have high-dollar bonds or because they missed a court date.

“These are our community members, our moms and dads and cousins and sisters and brothers,” said Sarah Moore of the coalition. “And just like you or me, they could easily, we could easily, be accused of something, but they are not convicted.”