5 rappers who could beat T.I. in a music battle

OPINION: The Grammy-winning rapper said that no other rapper can "f-- with me" when it comes to music. TheGrio found five that can, have, and do.

Tip ‘T.I.’ Harris has secured his place in hip hop history. He has accumulated five platinum albums, two gold albums, 19 Grammy nominations and three wins, and 36 Top 20 Billboard rap singles as both the lead and featured rapper, including seven number ones.

While T.I.’s work certainly speaks for itself, he still feels the need to impose his musical and lyrical superiority over all other rappers out there. Over the holiday weekend, the “Rubberband Man” rapper took to social media to declare his dominance.

“Jay-Z, Nas, Pusha, Ye, Wayne… when it comes to making music, nobody is fucking with me” -T.I pic.twitter.com/JwG7V5bOwC 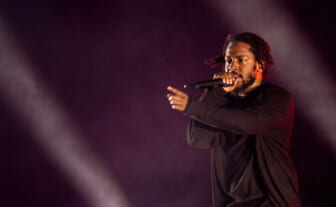 “Motherf—–s can’t f— with me in no way, shape, form, or fashion when it comes to doing no music, man,” T.I. said. While he acknowledged that outside projects over the years have caused him to put out music less and less as he gets older, from acting in films to building low-income housing in Georgia, T.I. insists no one can best him –except maybe the very top of the line contemporary MC’s.

“When it comes to getting behind that motherf— mic, n—, putting some s— to music? Ain’t nobody fucking with me, n—. None of ’em.”

T.I. even went as far as naming names.

While self-confidence is an important part of being an effective MC and his aforementioned credentials are enviable, there are plenty of rappers who have, and can, put T.I. in the corner.

Now, this isn’t to put him down. Not only do his numbers prove that he’s among the most successful rappers of the early 21st century, but his distinctive Southern drawl and the way he was able to lay the groundwork for trap music must not be ignored.

That said, theGrio presents the five rappers that can defeat T.I. head to head.

Straight out of the Dungeon Family, Killer Mike has put in incredible work, first as a feature killer in the early 2000s, with righteously indignant solo albums and a successful partnership with rapper/producer El-P as Run The Jewels. T.I.’s flow may be more dynamic than Mike’s, but Mike’s lyrical prowess and delivery and his ability to handle various beats puts him above T.I.

Ludacris is one of the rappers that helped cement Atlanta’s chokehold on the mainstream hip hop scene in the late 90s and early 2000s. All but one of his eight studio albums has been certified at least gold, with four selling two million or better, along with 30 Top 20 Billboard rap singles. Beyond the numbers, Luda’s flow is among the very best to ever come out of the ATL, while his subject matter ranges from exploring a woman’s sexual fantasies to empathizing with child runaways.

Disclaimer: this is really about Big Boi and Andre 3000 as separate MCs. While the duo of Outkast could wax T.I., it’s not a fair fight. But even as solo acts, the two rap stars still have the advantage. Andre 3000’s guest verses alone can outdo most of T.I.’s best work. Just look at his poignant verse on West’s “Life of the Party,” or even on T.I.’s own “Sorry.” Big Boi has been putting out one critically acclaimed project after another since 2008, and bar-for-bar, has been nothing short of legendary.

Although his numbers don’t add up to T.I.’s, if you look at the quality of his output and skillset, North Carolina rapper/producer Phonte should be a superstar. As part of Little Brother and as a solo artist, Phonte has displayed some of the best wordplay and most ferocious punchlines in hip hop over the past two decades. That alone gives him an advantage, but his ability to sing as a member of The Foreign Exchange really puts him over the top.

The first four entries were purposely Southern rappers, including three from Atlanta, proving that T.I. isn’t even king of his own neck of the woods.

So, to end this definitively, we look to Chicago. Common’s numbers may pale compared to T.I.’s — he only has three gold albums out of 14 solo releases and just 12 Top 20 Billboard rap singles. However, the earnestness of his delivery, the versatility of his subject matter, his brilliant lyricism, and his longevity rank him ahead of T.I. in pure rhyme skills.

What’s even more damning is the fact that, like T.I., most of these artists have been involved in extracurricular activities but are still putting out great music. Killer Mike is an activist and business owner. Ludacris and Common are both successful actors, while Phonte produces for other artists and co-hosts the award-winning podcast, Questlove Supreme.

T.I.’s candor and self-confidence are to be applauded, and he has definitely earned his rank in rap history. However, to say no one can f—with him behind the mic, well, that’s just hyperbole.

But as he said in his video, that’s his preference.