"Looks like Joss Whedon got to direct an endgame after all," the actor who plays Cyborg in "Justice League" tweeted Monday.

Joss Whedon, who directed the 2017 film, Justice League, addressed the allegations against him by cast members of the movie.

Last year, actor Ray Fisher — who played the role of Cyborg — tweeted, “Joss Wheadon’s on-set treatment of the cast and crew of Justice League was gross, abusive, unprofessional, and completely unacceptable. He was enabled, in many ways, by Geoff Johns and Jon Berg. Accountability>Entertainment.”

Johns and Berg are DC Entertainment’s former president, chief creative officer and co-president of production respectively; both left the studio amid the fallout from the film’s failure and the cast’s complaints about Whedon.

In April 2021, a month after the release of Zack Snyder‘s Justice League, Fisher told The Hollywood Reporter he had to “explain some of the most basic points of what would be offensive to the Black community” to Whedon. 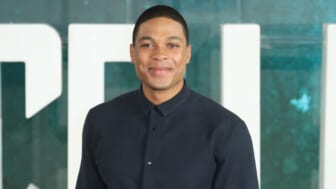 In an interview with New York magazine released Monday, Whedon denied Fisher’s allegations, insinuating that the actor was attempting to smear his name and damage his career.

The director also denied threatening actress Gal Gadot, who played Wonder Woman in Justice League and several other films. Gadot told Israeli news outlet N12 last May, “I had my issues with Joss. He threatened my career and said that if I do something, he will make sure my career is miserable, and I took care of it on the spot.”

“I don’t threaten people. Who does that?” Whedon told New York. “English is not her first language, and I tend to be annoyingly flowery in my speech.”

On Twitter Monday, Fisher shared his thoughts on Whedon’s recent interview, writing, “Looks like Joss Whedon got to direct an endgame after all … Rather than address all of the lies and buffoonery today — I will be celebrating the legacy of Reverend Dr. Martin Luther King Jr. Tomorrow the work continues.”

“The way you were ready to sacrifice your career to stop a powerful abuser makes you an important hero on your own right,” one contended. “Not only did you take away his power that he used to abuse people, you helped bring some closure and peace to past victims and helped witnesses gain courage.”

Another fan tweeted that last year’s four-hour remake — a re-do of the original Justice League, which Snyder was slated to direct until Whedon replaced him after the suicide of his daughter — changed his opinion of Fisher. He’d said that Whedon’s changes to the Cyborg role Fisher portrayed removed the heart of the 2017 version.

“Honestly thought you were being a prima donna,” one fan wrote. “Then I watched the Snyder cut. The parts they cut basicly destroyed your character. Sorry for my original take.”

Fisher is currently starring in the ABC limited series Women of the Movement as Gene Mobley, who married Mamie Till, the mother of Chicago teenager Emmett Till, whose 1955 lynching in Money, Mississippi, helped spark the modern civil rights movement.