Sonny Weems, a Black former NBA small forward/shooting guard who now plays in China for the Guangdong Southern Tigers, has been the subject of recent racial taunts.

In the video now circulating on social media, Chinese basketball fans shout the N-word and “Get out of China” after a game against the Liaoning Flying Leopards last week. During the game, Weems and Leopards player Han Dejun got into an altercation, and both players were ejected from the game.

The incident comes just weeks before the 2022 Winter Olympic Games, which begins Feb. 4 in Beijing, a fact that Republican Florida Sen. Rick Scott pointed out on Twitter. “Racial hate is disgusting & can never be tolerated,” Scott wrote. “This underscores why @TeamUSA must answer my questions about how it will ensure the safety & security of U.S. Olympians competing in Beijing. Will the @NBA condemn this?”

The Chinese Basketball Association released a statement about the incident afterward, saying the organization has a “zero-tolerance attitude toward any discriminatory words or deeds.” Additionally, the CBA issued an open letter to fans.

“Whether on or off the field, fans should watch the game in a civilized manner, respect each other, do not do anything that damages the reputation of the team,” the letter read. “Respect for the opponent is a basic quality that every player should have, and it is also a basic requirement for a qualified fan.”​​

Per CNN and ESPN, in comments unrelated to the incident, former NBA player Yao Ming, who is the president of the CBA, declared Monday that sports can be a bridge for communication. “There’s bound to be traffic on bridges — so sometimes we see collisions,” he told the media. “It may take some time to resolve some issues … But we want to keep the bridges intact.”

Ming, who spent nearly a decade in the NBA, said on Weibo, a Chinese social media network, that “The abuse Weems received really was disrespectful, that word carried so much hurt, unfairness and hatred that I couldn’t put into words,” according to CNN. 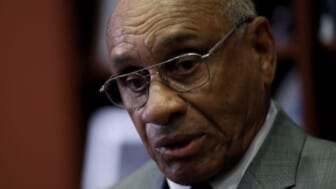 Filmmaker Brian Yang, a producer of Linsanity, the 2013 documentary about Asian NBA player Jeremy Lin, pushed back against Ming’s comments, writing on Twitter: “I don’t know about Yao’s analogy of traffic, but this incident in China with Weems is bullsh*t. Hate is unacceptable anywhere on Earth. A lot of idiots still need to learn that.” Yang also shared a tweet from Weems last year that was written in support of Asian people in the face of violence against them amid the coronavirus pandemic.

Weems has not commented about last week’s incident on social media. However, other users are offering their opinions. One writer, Noah Smith, made a historical comparison, writing, “Jeez. Reminds me of Jesse Owens…”

Another twitter user noted, “After Sonny Weems was attacked with racial slurs, China — a country renowned for its online censorship — didn’t even bother to censor the N-word, and Chinese basketball fans continue to use to N-word both online and offline.”