Black lawmakers walked out in protest Friday after the Mississippi Senate passed legislation that would prohibit critical race theory (CRT) from being taught in K-12 public schools, public universities, and community colleges.

The bill (SB 2113) passed 32-2, with only two white Democrats, Sens. David Blount and Hob Bryan, voting against it. Members of the Mississippi Senate Black Caucus withheld their votes and staged a walkout.

“This bill is not morally right,” Democratic Sen. Barbara Blackmon, who is Black, said during the debate.

“Systematic racism should not be taught to our children,” he said.

The bill does not prevent schools from teaching about race, history or civil rights. Instead, it prohibits classroom lessons that suggest “any sex, race, ethnicity, religion or national origin is inherently superior or inferior.”

“This bill has no intent of changing history, whatsoever,” McLendon said on the House floor. “All it does is say we’re not telling any child that they’re inferior or superior to another.” 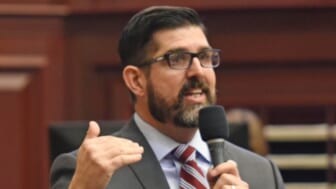 The bill coincides with similar legislation that recently passed the first hurdles to becoming law in Florida.

TheGrio reported that SB 148, also called the Individual Freedom Act, reads, in part, that “An individual, by virtue of his or her race or sex, does not bear responsibility for actions committed in the past by other members of the same race or sex. An individual should not be made to feel discomfort, guilt, anguish, or any other form of psychological distress on account of his or her race.”

Black Democrats in Florida are pushing back hard against the legislation. If the bill passes, it would apply to educational institutions and private businesses.

Mississippi’s Bill SB 2113 does not define what CRT is, nor does it outline the penalties for teachers who violate the law.

The bill will be sent to the House, which also has anti-CRT legislation in the works. It is expected to be enacted into law if supported by the state’s Republican House Speaker Philip Gunn and Gov. Tate Reeves. Both have criticized CRT and vowed to keep it from being taught in public schools. 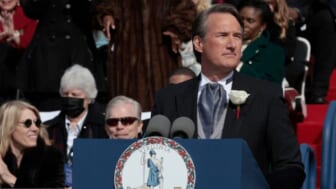 Also Read:
Virginia governor, Republicans off to a rough start with ban on critical race theory

“My question is why is this bill necessary?” Democratic Sen. David Jordan of Greenwood asked.

TheGrio reported that the current uproar over critical race theory is just another remix of the same song of white supremacy in public education.

CRT is a legal theory developed by legal scholars Derrick Bell, his former student Kimberlé Crenshaw, Richard Delgado, Jean Stefancic, Mari Matsuda and others to examine the role of the law in the endurance of racial inequality in a post-civil rights era.

Critical race theory in the classroom examines how white supremacy and racism have shaped public policy and institutions.