A Black former Waste Management employee said in a federal lawsuit that his supervisor and coworkers in Topeka discriminated against him because of his race.

The Wichita Eagle reports that Robert Smith worked for the trash company for 13 years before he was fired last year. Smith’s lawsuit describes a series of incidents including coworkers calling him obscenities, playing racist videos when he was around and addressing him in a mocking manner.

Waste Management said in a response to the lawsuit that the company didn’t discriminate against Smith, and its lawyers defended the decision to fire him.

According the lawsuit, Smith said someone taped a racist note to his locker during the 2020 presidential election that said: “Give a black man a fish and he will eat for a day. Give a black man a free cell phone, food stamps, section 8 housing, a six pack of beer and he’ll vote Democrat the rest of his life.” 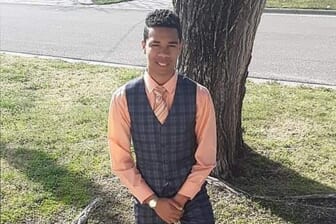 Smith said he filed complaints about that note and other incidents with human resources and his supervisor, but the complaints weren’t investigated.

Smith said he was fired after he and a coworker decided to continue using a compacter after there was an accident because they didn’t see any damage to the equipment, and they didn’t file a report about the accident. But Smith was the only one fired.

The company said in its response that Smith’s coworker, who is white, did report the accident, and Smith was fired because he tried to conceal it.