The reality TV star came under fire last week after racist social media posts from the fall of 2020 resurfaced on the internet.

As TheGrio previously reported, Nguyen came under fire last week following the resurfacing of various racist and anti-Black Lives Matter posts from months before she began filming for the second season of The Real Housewives of Salt Lake City. Since then, fans online have called for her firing, with many taking to Twitter to share their disappointment and frustration with her and her casting. 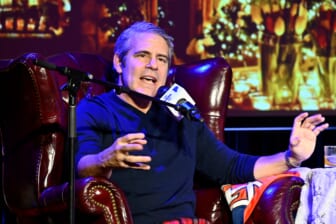 The statement released on Bravo’s various social media accounts reads, “Bravo has ceased filming with Jennie Nguyen and she will no longer be a cast member on ‘The Real Housewives of Salt Lake City.'”

“We recognize we failed to take appropriate action once her offensive social media posts were brought to our attention. Moving forward, we will work to improve our processes to ensure we make better informed and more thoughtful casting decisions.”

While Nguyen has yet to comment on the firing, she did take to social media last week with an apology: “I want to acknowledge and apologize for my deleted Facebook posts from 2020 that resurfaced today. At the time, I thought I was speaking out against violence, but I have since learned how offensive and hurtful my words were.”

Fellow housewife Jen Shah took to social media with a response to the apology, calling it “disingenuous.”

Shah wrote: “Since my RHOSLC cast member has admitted that she made those horrible comments and posts, I must now stand up, on behalf of my husband and sons who are African American, to say that I am deeply offended by the racially insensitive posts and comment.” 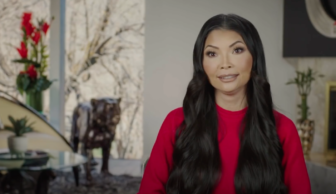 “I just wanna say —in case anyone doesn’t realize it—that there are many serious discussions happening right now about everything,” Cohen said. “And, I can’t address the situation right now, but it will be addressed very soon, and thank you for your patience. And the posts were very upsetting, rightfully, and disgusting.”