Jewel Ham stayed quiet, but as the popularity of the feature she presented on her last day grew, she wanted to speak out.

A young woman who claims she was responsible for the creation of what has become a time-honored tradition of Spotify, its Wrapped feature, is claiming she never got credit for her contribution.

Jewel Ham shared on Twitter that she was a design intern at Spotify, which debuted a Snapchat-like story feature last year that allows users to share their year-end listening habits in a social-media format. Ham asserts that before her time at the music streaming site, Wrapped was a feature that was sent to users in a link to a microsite.

In a now-viral Twitter stream, Ham wrote, “I really invented the Spotify wrapped story concept as an intern project in 2019 and they haven’t looked back since LMAO.”

“I can’t make this up!” she added, along with a mock-up of her design.

In another post, she wrote, “to clarify, for those of yall unfamiliar with #SpotifyWrapped – it used to be an email and a playlist. since 2019, it has become an interactive user experience and that right there – was my idea!”

“I was a person that had Spotify and loved Wrapped, but it was just a link they would send at the end of the year,” Ham said in a Dec. 1 interview with Refinery29, recalling its older versions. “It was just something that you personally knew about.”

“When I gave the presentation at the end of my intern project, it was received really well,” she said. “They liked the idea. That was my last day.”

Ham noted that she stayed quiet the first year of the launch, but as the feature became more popular this year, she wanted to speak out. She said that she’s aware that corporate entities don’t have to share credit with employees. Still, the culture of Spotify compelled her to speak out. 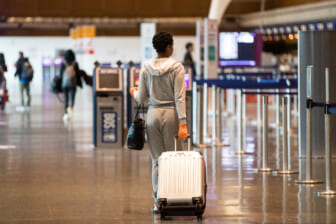 “It was a good internship, and I had a good time,” says Ham. “The things that I enjoyed the most about Spotify were very perk-related — they have a lot of snacks, they have nap rooms. But I feel like I have to distance myself a bit from all those benefits because that doesn’t translate into any type of compensation for such a large idea.”

She notes that the stipends many companies pay interns — who are usually younger and awash with innovative ideas — are not comparable to what they contribute.

“It makes me question how people value creativity,” Ham says. “I find that a lot of people who are creatives are immediately recognizing this as wrong. But for people who are not, it feels as if we’re dispensable.”

In a statement, Spotify officials responded to Ham’s contentions.

“Spotify is proud to provide young talent from all backgrounds with the opportunity to create, contribute and learn alongside some of the best teams in the business,” a spokesperson told Refinery29.

“Since Spotify’s Wrapped concept was first introduced in 2013, hundreds of employees have contributed ideas and creative concepts that have made the experience what it is today. While ideas generated during Spotify’s internship program have on occasion informed campaigns and products, based on our internal review, that is not the case here with Spotify Wrapped. It’s unfortunate that things have been characterized otherwise.”