The organization has 38 chapters across the nation, most in the South and the Midwest.

Melanie Willingham-Jaggers has made history as the first Black and nonbinary person tapped to lead the national LGBTQ advocacy group GLSEN.

Willingham-Jaggers, 39, joined the group as deputy executive director in 2019. She has been appointed executive director of the organization, “which was founded by a group of teachers in 1990 with the goal of making schools safer for lesbian, gay, bisexual, trans and queer K-12 students,” NBC News writes.

GLSEN has 38 chapters across the nation, mostly in the south and the Midwest.

“LGBTQ+ young people in schools and their student groups, like GSAs, have always been the hub, kind of the breeding ground, the soil from which these sparks of activism come up,” said Willingham-Jaggers, who uses both “she” and “they” pronouns. “What we understand is that young people — period — are going to help us understand the vision forward and the way forward to the future.”

Willingham-Jaggers has a long track record as a social justice warrior for LGBTQ youths, immigrants, people with disabilities and senior citizens. She is a graduate of the University of San Francisco and earned a Master of Arts from The City University of New York’s School of Professional Studies in applied theater. According to the Dallas Voice, she currently lectures at CUNY’s School of Professional Studies, in the MA in Applied Theatre degree program. 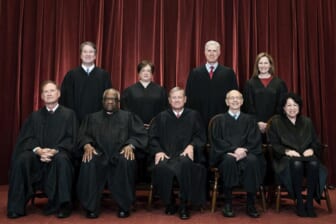 Also Read:
Joe Biden must put a Black woman on the Supreme Court

She served as board chair of The Audre Lorde Project from 2016 to 2019. The center serves the LGBTQ community of color in the New York City area.

“We know that our young people are not little rainbow-colored stick figures,” Willingham-Jaggers said. “They are Black and brown and Indigenous and white. They are cis and gender expansive. They are kids living with disabilities and folks who are not. We know that they come from families and communities that have immigrant experience, that experience violence from various systems.”

For Willingham-Jaggers, the beauty of GLSEN is that the network is disproportionately white.

“Now, imagine a Southern and Midwestern, largely suburban, largely white network that is deeply connected to making sure that education advances racial, gender and disability justice outcomes,” she said. “That is beautiful to me. That is exciting. That is deeply powerful.”

“And then here I come, and it’s not by accident, and it’s not inevitable,” she said. “So I just want to honor the journey that this organization has taken and the on-purpose choice that it took to hire a person of my identity and of my life experience.” 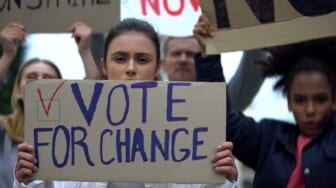 Also Read:
How to ignite change by running for office

Willingham-Jaggers’ vision for GLSEN’s work is “rooted in the belief that education can and should be an experience that is safe, affirming and liberating — and that we can achieve that goal only when we build in racial, gender and disability justice into our education system as a key indicator of success.”

“The world of K-12 schools has been turned completely upside down over the past few years, and Melanie’s vision and experience will provide the essential ingredients of new strategies for a new time,” said Eliza Byard, the group’s former executive director.