EXCLUSIVE: Sources described the nomination process to theGrio as more of a vetting than a search for candidates. So far, the National Bar Association has recommended only two potential nominees. 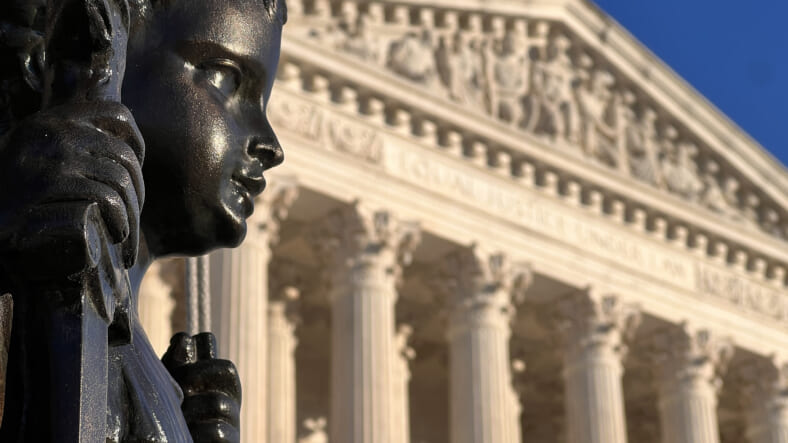 The U.S. Supreme Court building on the day it was reported that Associate Justice Stephen Breyer would soon retire on January 26, 2022 in Washington, DC. (Photo by Chip Somodevilla/Getty Images)

Black organizations, members of Congress and former U.S. Attorney General Eric Holder are said to be involved in the White House’s historic Black woman Supreme Court nomination, which has been described to theGrio as more of a vetting process than a search for candidates.

The National Bar Association (NBA), the Black organization that boasts tens of thousands of Black lawyers and judges, submitted the names of two Black women they have endorsed as potential Supreme Court justice nominees to the White House.

“[The National Bar Association] board voted last night to recommend Judge J. Michelle Childs and Judge Ketanji Brown Jackson to The White House for consideration as the president’s nominee to be the next associate justice of the United States Supreme Court,” said Moore.

NBA’s Standing Committee on Judicial Selection “properly vetted” Childs and Brown Jackson, Moore said, before advancing their names to the board “without reservation.”

“Their judicial opinions, education, ages, and diversity of professional experiences all factored into them getting the nod from the only bar association that represents the interests of the nation’s 67,000 Black lawyers and judges,” he added.

The NBA added, “Accomplished, qualified, and impartial, either of these remarkable women of color would be an exceptional choice for our nation’s highest court, and the National Bar Association recommends them without reservation.”

Other names up for consideration that have been floated in the media are former counsel-director of the NAACP Legal Defense Fund, Sherrilyn Ifill, and judges Leondra Krugar, Wilhelminia “Mimi” Wright, Eunice Lee and Candace Jackson Akiwumi.

A source confirms to theGrio that the White House has also enlisted the help of other groups and persons to consult on this process, including Holder who served as the federal government’s top lawyer during the Obama administration.

The Congressional Black Caucus is also weighing in, sources close to matter told theGrio. The CBC is expected to defend and make certain the chosen candidate gets a full and fair hearing and that their qualifications are not called into question by conservatives (i.e affirmative action actions and critical race theory). It will be less about the potential nominee and more about the process.

Meanwhile, the White House has had this list of Supreme Court options since Biden was president-elect. The White House counsel’s office is leaning heavily on this process. 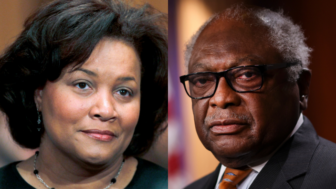 A source tells theGrio that both of the National Bar Association’s suggested candidates are definitely on the White House list of seven and Brown Jackson is said to be the favorite as she has already passed through a Senate confirmation – which included votes from three Republican senators.

Melanie Campbell of the Black Woman’s Roundtable called the entire list of potential nominees a group of “bad sistas” who are all qualified for the position.

Campbell is ecstatic about the potential historic moment as she along with other Black leaders worked over 10 years ago during the Obama presidency to get America’s first African American president to nominate a Black woman to the United States Supreme Court. Their advocacy began during the vetting process of then-SCOTUS candidate Sonya Sotomayor.

“It’s just a powerful moment that we would be in that space to bring that lived experience in such a time as this,” Campbell told theGrio. “The one thing I’ve lived long enough to know is the pendulum swings and these are the lifetime appointments past when a president is in office and it can be so good or it could revert back to a regressive state right now – we won’t be there always as long as democracy holds.”

Cambell reminds no matter how historic and exciting this moment is, the process will be hard and she acknowledges that she and other groups will be ready to fight as the push to nominate the next Supreme Court justice, no matter who she is, will be an uphill battle.

“We also have to be ready to fight because we’ve never had an easy process of being confirmed for anything, just look at the fight we had with Kristen Clarke and so many others and some we’ve won and some we haven’t. Loretta Lynch – breaking those glass ceilings and frankly, getting a woman, a Black woman VP, Kamala Harris,” added Campbell.

“I am thrilled that President Biden is seizing the opportunity to make history by selecting our nation’s first Black woman to serve on the Supreme Court,” said Jarrett.

“There are several highly qualified choices who have the intellectual rigor, professional experience, judicial temperament and life stories to enrich decision-making of the highest court that affect millions of Americans.”