Loni Love is also set to appear on this week's episode of "RuPaul's Drag Race."

In the midst of major cast shakeups on The Real Housewives of Salt Lake City and the women of Beverly Hills taking off for their cast trip, theGrio is back with your reality roundup for the week. 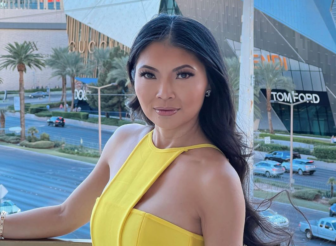 It’s been a minute since we heard from the fabulous ladies from The Real Housewives of Beverly Hills. After a standout season 11 surrounding Erika Girardi (Jayne) and her legal troubles, the women are currently filming their latest season. While most of the housewives have been tight-lipped regarding the happenings of the season, fans of the show were quick to notice some alliances shifting, via Instagram.

Fan accounts this week noticed that Garcelle Beauvais unfollowed Girardi on Instagram ahead of the trip. If there is a rift between the ladies, this wouldn’t be the first time they didn’t see eye to eye. Last season, fans watched as Girardi and Beauvais had a disagreement on a cast trip, but the two were quickly able to make up. With RHOBH is still in production, fans are going to have to wait a bit longer to find out the true source of their drama.

For the past week, theGrio has closely followed the off-screen drama following The Real Housewives of Salt Lake City after past racist social media posts from Jennie Nguyen resurfaced online. The housewife shared various anti-Black Lives Matter posts to her Facebook page mere months before filming, leading many fans to call for her to be removed from the series altogether.

On Tuesday, Bravo released an official statement indicating that the network will do just that: “Bravo has ceased filming with Jennie Nguyen and she will no longer be a cast member on The Real Housewives of Salt Lake City. We recognize we failed to take appropriate action once her offensive social media posts were brought to our attention. Moving forward, we will work to improve our processes to ensure we make better informed and more thoughtful casting decisions.”

Nguyen took to Instagram the following day to speak out following her firing in a curious Instagram live. Appearing alongside her friend Michael, she shared, “I mean it’s an old post on my account, it’s in 2020. I just want you to understand, during that time I had a team of people that were helping me. Whether they post it, I post it, it doesn’t really matter at this point. For me, it’s on my account, and I take full responsibility and accountability for what was posted.” 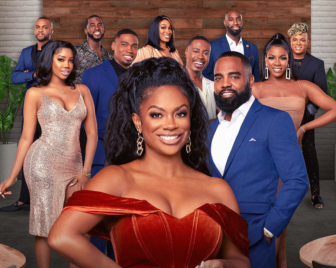 Also Read:
‘Kandi & The Gang’ debuts on Bravo in March

Please welcome to the stage, Loni Love! The Real co-host is returning as a judge on RuPaul’s Drag Race this weekend. Love has become a fan favorite, after appearing on past seasons of the popular reality TV competition.

Love teased her appearance on her social media accounts. Posting a picture with herself with RuPaul, Michelle Visage, and Ross Matthews, she shared in her caption, “Tonight I’m back with @rupaulofficial @michellevisage@helloross on @rupaulsdragrace …. #myfam.”