In ‘We Need to Talk About Cosby,’ W. Kamau Bell shows America how to talk about history

OPINION: Bell’s new four-part documentary is a perfect example of how America should embrace the contradictions of our nation’s past—both good and bad.

To many people, Bill Cosby is one of the greatest comedians of all time. For others, he is a serial rapist.

Cosby was a father figure to a generation of children, and he is a social pariah. He should probably be on the Mount Rushmore of comedians, and he should probably still be in prison.  While those dichotomous positions may seem like oxymorons, they are also unquestionably true. But in an age where the deafening din of social media reduces every conversation to 280 characters and cable news condenses discussions down to four-minute screaming matches between talking heads in Brady Bunch-like squares, we have built a society where there is no room for nuance, history or truth. 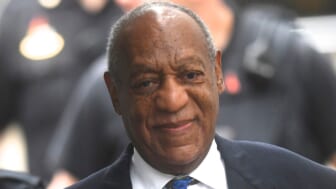 Thomas Jefferson cannot simultaneously be considered a child sex trafficker, a slave rapist and the architect of American democracy. It is blasphemy to note that George Washington—“the father of our country”—spent the last years of his life hunting Ona Judge down like a runaway animal for the crime of stealing herself away to freedom. If we are going to call Abraham Lincoln “The Great Emancipator,” we must delete the part of history where he said: “I am not, nor ever have been, in favor of bringing about in any way the social and political equality of the black and white races…there is a physical difference between the white and black races, which I believe will forever forbid the two races living together on terms of social and political equality.”

But, as W. Kamau Bell shows in his Showtime documentary We Need to Talk About Cosby, it is possible to approach the complexities of human beings with nuance and balance. But unlike the previously mentioned American heroes, perhaps the most controversial part of Cosby’s story was recounting the disgraced comedian’s ascendance to becoming a cultural icon. Before facing accusations of sexual assault, Cosby was considered an American treasure, a noted philanthropist and comedic genius who conquered every segment of show business, including standup comedy, television and film.

“I think that this is the story of a Black man who basically integrates television and uses his fame and privilege to promote Black excellence throughout his career,” Bell told theGrio. “I think it’s the reason why this story is so important. If Cosby was a comedian whose highest level of achievement was headlining clubs and colleges around the country…it’s not the same story.”

For Bell, Cosby had long been an interestingly tragic tale that he knew no one would touch. It was only after Cosby’s fall from grace concluded that he felt like it was the perfect time to tell this complicated story and have what he called “the Bill Cosby conversation.” 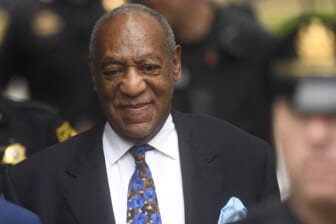 In the documentary—which aired the first of four episodes Sunday night—Bell was careful not to reduce Cosby’s accusers to the role of “victims” who played ancillary roles in this tragedy. The first time the audience sees former Playboy Bunny Victoria Valentino onscreen, she is describing the infamously hedonistic atmosphere that surrounded the Playboy mansion. It is only later that the audience learns that she accused Cosby of drugging and raping her in 1969. As Bell notes, because the audience knows how the story ends, it was impossible to present a balanced view of Cosby, nor was it his goal. The power, fame and money were not just a part of Cosby’s past, it allowed him to commit these atrocities without fear of being held accountable.

Somehow, Bell managed to present a full, holistic view of Cosby without elevating him to hero status or eliminating his groundbreaking achievements. In a sense, it is a perfect allegory for the ongoing debate over how we teach American history as it is simultaneously possible to explain that the Founding Fathers were willing to trade away 40 percent of the humanity of enslaved Africans’ in exchange for political expediency and teach that they created a brand-new version of democracy. They were enslavers and freedom fighters. We Need to Talk About Cosby proves there is no need to erase part of history to augment another. Context matters.

The thing that was most nerve-wracking was achieving the proper balance. And I still don’t know generally if we did that until everyone who wants to see all four episodes has seen all four episodes…No matter what section we’re in, we’re going to swing back to the other side, and we have to earn their trust along that way. If you showed up for the assault stories because that’s the kind of thing you want to find out about, we’re also going to tell you about I Spy…and if you showed up for I Spy, we’re going to talk to the [sexual assaults], too.”

The most remarkable achievement of We Need to Talk about Cosby is that it exists. Perhaps there is a lesson in how Bell found a way to paint a picture of Cosby as a remarkably accomplished American icon and a predator. Maybe this docuseries is an allegory for America’s past or a cultural critique of the polarization of popular culture. Perhaps this documentary is about a society where some people have always been prey and some are predators. It is also possible that this film is not about you, me or American history, and it is just a story about a man named Bill Cosby.

Maybe we should talk about that.