5 things to watch this week for Black History Month

HBO Max, Paramount+ and more have exciting documentary entries to stream during the first week of Black History Month

From fascinating dives into the origins of Jazz dance to devastating looks at how this country has made it difficult for a Black middle class to emerge, theGrio has five documentaries to stream during the first week of Black History Month. 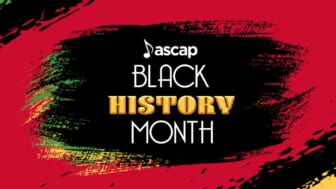 Uprooted: The Journey of Jazz Dance takes viewers through the rich history of one of the many contributions Black people have made to the arts: jazz dance. Per the press release, the documentary “traces the origin in Africa and follows the evolution through each decade and genre while exploring and commenting on the political and social influences that shaped the artistry of today.”

With appearances from Debbie Allen, George Faison, Chita Rivera, Camille A. Brown, and Thomas F. DeFrantz, the documentary is truly an “honest conversation about jazz dance.” When it debuted in 2020, the film took home the Audience Choice Award at the Dance on Camera Film Festival and went on to appear in several festivals including the Bentonville Film Festival, Charlotte Film Festival, Tallgrass Film Festival, and more.

Uprooted: The Journey of Jazz Dance is available to stream now on HBO Max.

From MTV Documentary Films comes Lynching Postcards: Tokens of a Great Day, an Oscar-shortlisted short documentary that is a must-watch this Black History Month. The project takes a hard look at lynching postcards, mementos used in the United States to commemorate horrific lynchings as if they were parties or events to be fondly remembered.

Directed and produced by Christine Turner, the short documentary “tells the story of how Black activists subverted these souvenirs, which were celebrations of white supremacy, in the fight against lynching.” Lynching Postcards: Tokens of a Great Day is available to stream now on Paramount+.

The Fight For The Black Middle Class (MagellanTV)

This Black History Month, MagellanTV has also curated a slew of new content for viewers to take in and celebrate. In one of their exclusive offerings, journalist Robert Herbert hosts The Fight for the Black Middle Class, which “probes the harsh and often brutal discrimination that has made it extremely difficult for African Americans to establish a middle-class standard of living.”

The official description reveals, “Through historical footage and personal interviews, journalist Bob Herbert explores the heroic efforts of Black families to pursue the American dream despite the obstacles and setbacks that have emerged from the Jim Crow era through the Great Recession.”

The Fight for the Black Middle Class is available to stream now on MagellanTV.

Another entry from MagellanTV this week includes Bessie Coleman: The First Black Aviatrix. Following Bessie Coleman, the first African American and the first Native American female pilot, the documentary takes viewers on a journey from Coleman’s youth to her adventures in the skies.

The official description reads, “How did a young woman from a poor family in Texas, oppressed by racial segregation, become the first African American aviator? It’s an incredible adventure of the Roaring Twenties against a backdrop of anti-racist and feminist battles.”

Bessie Coleman: The First Black Aviatrix is available to stream now on MagellanTV.

In Their Own Words – Chuck Berry (PBS)

PBS is presenting encore presentations from some of their popular entries from last year, including an episode from their In Their Own Words series on Chuck Berry. Detailing the life and legacy of one of music’s most influential contributors, this episode follows Berry throughout his six-decade career.

The official description explains, “This episode takes a riveting ride on the Chuck Berry train, exploring the life, the legend, the music, and the man. Featured are interviews with his widow, son, and grandson, along with colleagues and musicians who idolize him, including Keith Richards, Robert Cray, Slash, Darius Rucker, and more.”