A&E is currently airing 'Secrets of Playboy', which explores "hidden truths" behind Hugh Hefner and the Playboy empire he created.

The A&E series “explores the hidden truths behind the fable and philosophy of the Playboy empire through a modern-day lens.” Cornelius’ alleged assault is just a fraction of the docuseries’ exploration into the world Hugh Hefner created in the mid-20th century. 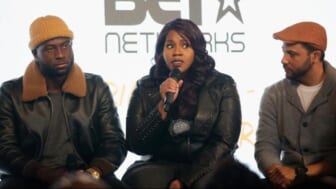 P.J. Masten, a former bunny mother, made the allegations against Cornelius during Monday night’s episode of the docuseries. She reveals, “It was probably the most horrific story I’ve ever heard at Playboy. This story is the story of a massive cleanup that never hit the press.”

Masten reveals in the episode that Cornelius was a Playboy VIP, and one night during a party he invited two “new recruits” (who were sisters) back to a house where he was allegedly throwing a party.

“These two young girls got in his Rolls Royce, went up to his house and we didn’t hear from them for three days,” Masten explains. “We couldn’t figure out where they were.”

After three days, one of the girls called a bunny mother at the Playboy Mansion and told her that she and her sister were “held” at Cornelius’ house, before one of them was finally able to get out.

As PEOPLE reports, Masten reveals that Playboy’s head of security Joe Piastro found the sisters, who are not named in the episode, “bloodied, battered [and] drugged,” when he went to pick them up.

“They were tied up and bound. There were wooden objects that they were sodomized with and [one sister] could hear [the] other sister being brutalized. It was horrible, horrible.” 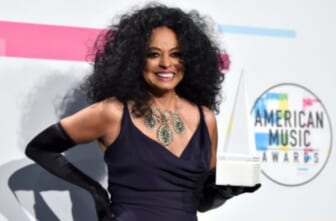 Masten alleges that Playboy’s security team “handled the matter internally,” telling bunnies not to speak to the press about it. The sister who got free also allegedly didn’t report the incident to the police due to the Playboy policy.

“The thing that was so outrageous to me, that made me so angry was that no charges were filed and Don Cornelius’ privileges as a number one VIP were never suspended,” Masten says. “He was back in the club the following week.”

Cornelius’ son, Tony Cornelius, shared in a statement to PEOPLE that the alleged story in the docuseries was filled with “salaciousness,” and was an “unbelievable story without real proof.”

Cornelius, who passed away in 2012, was arrested after a dispute with his wife, Russian model Viktoria Chapman-Cornelius, in 2008. He was charged with “spousal battery, assault with a deadly weapon and dissuading a witness from making a police report, all misdemeanors,” per the New York Times. He was sentenced to three years probation.