Moseley was reportedly found in his car in the Hudson Bridge area of Stockbridge, Georgia, with a fatal gunshot wound.

Authorities are investigating the death of 31-year-old actor Moses J. Moseley, who was found in his car with a fatal gunshot wound.

Moseley had appeared on The Walking Dead from 2012 to 2015 as one of the pet zombies who accompanied Danai Gurira’s character, Michonne. He also appeared on the HBO series Watchmen and in The Hunger Games: Catching Fire, according to TMZ.

Moseley’s body was reportedly found in the Hudson Bridge area of Stockbridge, Georgia, which is 21 miles south of Atlanta, after his family had reported him missing for over a week. Police are investigating the circumstances of his death, but it appears to be a suicide.

Per Deadline, his Atlanta-based management company confirmed his passing on social media. “With a heavy heart, we at Avery Sisters Entertainment offer our sincerest and deepest condolences to the family and friends of our actor, Moses J. Moseley. We are truly saddened,” the company wrote on its Facebook page. “For those who knew him, he was the kindest, sweetest, most generous person you would ever meet. We will miss you dearly!” 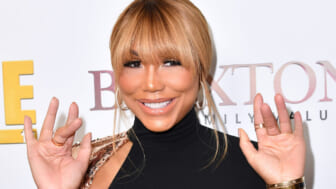 Moseley was a native of South Carolina and began his career in entertainment as a model. He relocated to Atlanta and attended Georgia State University, first appearing on film as a featured extra before his six-episode arc on The Walking Dead.

The show’s host network, AMC, tweeted its condolences, writing, “Our thoughts and prayers are with our #TWDFamily member Moses J. Moseley.”

An official fan page of the show wrote on Twitter: “We are sad to mark the passing of a member of our #TWDFamily. Moses Moseley portrayed Michonne’s pet walker Mike in #TheWalkingDead. Many fans came to know Moses through social media & at conventions. Our thoughts are with his family, friends, and fans.”

If you or a loved one are having suicidal thoughts or are experiencing a mental health crisis, please dial the 24/7 National Suicide Prevention hotline at 1-800-273-8255 or go to SuicidePreventionLifeline.org.