From fighting for racial justice to conquering the business world, these Black youths broke barriers against incredible odds—all before turning 20.

February is the month that marks the celebration of the Black experience, a time to reflect on the past and uplift the next generation of Black men and women. When it comes to racial progress, some of the most influential changemakers in the Black community have been children. From young revolutionaries in the civil rights movement to trailblazers in the entertainment industry, Black youth across the world have stood against adversity, broken barriers and enacted change—all before reaching the age of 20. In no particular order, here is a list of 10 such young Black trailblazers.

Approximately nine months before Rosa Parks, there was Claudette Colvin. In March 1955, when she was 15 years old, Colvin became the first person to be arrested for refusing to give up her seat on a bus to a white woman in Montgomery, Ala.

In 1898, Lyda Newman became the third Black woman to ever receive a patent—and she wasn’t yet a woman. At 13 years old, Newman created the first hairbrush with synthetic bristles. This was only the beginning of her revolutionary work; as she got older, she also became known for her activism. Newman was highlighted in many newspapers for her work in support of the women’s suffrage movement.

Following the Brown v. Board of Education ruling, Minnijean Brown, Elizabeth Eckford, Ernest Green, Thelma Mothershed, Melba Pattillo, Gloria Ray, Terrence Roberts, Jefferson Thomas and Carlotta Walls decided to enroll in Little Rock Central High School to challenge racial segregation in Arkansas schools. The group, whose ages ranged from 15 to 17 in 1957, endured a rough experience, but did not let that deter them from reaching their goal.

Similar to the Little Rock Nine, Ruby Bridges was in the center of the fight against racial discrimination in schools—and was the first to do it alone. At six years old, Bridges passed a test designed to ensure Black students failed, and at the behest of the NAACP, her parents enrolled her in the all-white William Frantz Elementary School in New Orleans. She was escorted into the school by U.S. Marshals and placed in a classroom by herself with the only teacher who would agree to teach her. Despite the adversity she faced, Bridges held her ground and was allowed to join a full class in the next year.

When Moziah Bridges was nine years old, he began making bowties. This would put him on the path to redefining the possibilities of the business world. At 12 years old, he launched Mo’s Bows, a line of handcrafted bowties sewn from scratch. Since then, he was voted Black Enterprise’s 2014 “Teenpreneur of the Year,” appeared on Shark Tank, starred in his own documentary and partnered with the NBA to make a custom line of neckties and bowties featuring team logos.

At 12 years old, Mo’ne Davis challenged the gender norms in Little League. In 2014, she became not only the first Black girl to play in the Little League World Series but also the first girl to earn a win and pitch a shutout. She also became the first Little League baseball player to appear on the cover of Sports Illustrated.

Mari Copeny, more commonly known as “Little Miss Flint,” was thrust into the public spotlight when her letter to former President Barack Obama about the water crisis in Flint, Mich. prompted him to visit and survey the water, leading to his approval of $100 million in relief. Since then, the 14-year-old activist has continued to push for social and environmental justice and give back to her community. Copeny raised over $250,000 and gave away over a million bottles of water. However, the young environmentalist takes the most pride in pivoting away from single-use bottled water and producing her very own water filter.

At 11 years old, Marley Dias grew tired of reading books she could not see herself in, and set out to change that. In November 2015, she launched the #1000BlackGirlBooks drive with the goal of collecting 1,000 books featuring Black female protagonists by February of the following year. With the power and magic of social media, Dias ended up collecting over 13,000 books and landing her own book deal, publishing Marley Dias Gets It Done: And So Can You in 2018. In 2020, the then 15-year-old Dias launched the star-studded Netflix series Bookmarks: Celebrating Black Voices, for which she also served as host and executive producer. 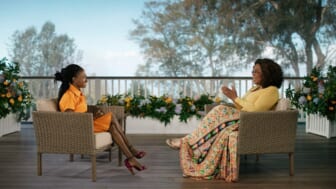 Before becoming the youngest inaugural poet in United States history, Amanda Gorman was appointed the first-ever National Youth Poet Laureate by Urban Word in 2017, when she was just 19. In her short career, the now 23-year-old young wordsmith has written for the New York Times and, in 2021, published three books with Penguin Random House, two of which were bestsellers.

In 2012, when Quvenzhané Wallis was 9 years old, she made history by becoming the youngest actress to be nominated for an Academy Award for Best Actress for her breakout role in Benh Zeitlin’s Beasts of the Southern Wild. Following that role, the now 18-year-old actress starred in several successful vehicles, including Steve McQueen’s 12 Years a Slave and Will Gluck’s Annie. Currently, Wallis is bringing her talents to the Apple+ show Swagger, a Kevin Durant-inspired series following a young basketball prodigy navigating the pressures of beating the odds. 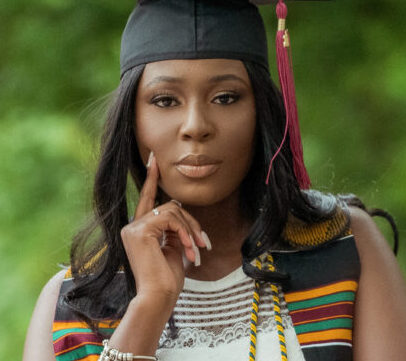 Kayla Grant is a cross-topic multimedia journalist pursuing her Master of Science in Journalism at Northwestern University’s Medill School of Journalism. In addition to being featured in theGrio, the Clark Atlanta University alumna’s words are published in Poynter Institute’s HBCU Voter Guide, Oz Magazine, iPondr, Prism, rolling out and the Atlanta Business Journal. Follow her on Twitter: @TheKaylaGrant.