Friday star Anthony Johnson died from “chronic ethanol use,” or years of hard drinking, according to the medical examiner.

His widow is now spreading awareness about the potentially deadly effects of alcoholism, TMZ reports.

At the time of his death, the 55-year-old comedian had “no common drugs in his system,” the outlet reports, citing the toxicology test. According to the coroner’s office, Johnson tested positive for COVID-19 shortly before his passing but had no signs of pneumonia.

Johnson’s nephew found him unresponsive inside a Los Angeles store in September. He was transported to a hospital, where he was pronounced dead, theGrio reported.

Johnson’s career was launched after he landed a role as E.Z.E. in the 1990 Kid ‘N Play comedy House Party. He went on to do stand-up across the city of L.A., also appearing in Lethal Weapon 3 and Menace II Society before his best-known turn starring as Ezal in the hit 1995 film Friday, directed by F. Gary Gray and written by Ice Cube and DJ Pooh. 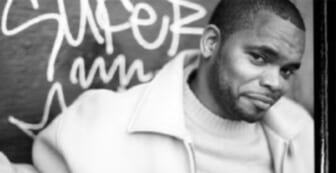 Johnson, who had been in the entertainment industry since the 80s, was known for his comedic timing and drawing from his California roots in the characters he played.

Born and raised in Compton, he appeared in nearly 50 television shows and films, including I Got the Hook Up and The Players Club, another Cube film.

Johnson’s widow Lexis Jones Mason is now spreading awareness about the potential risks of alcohol consumption. She is volunteering at a church and speaking to teenagers about the dangers of drinking alcohol. Mason is also starting a foundation in Johnson’s name, per TMZ.

Mason previously called out the “fake love” from Johnson’s friends and former co-stars for failing to make a financial contribution to his family immediately following news of Johnson’s death late last year. At the time, Mason opened up to TMZ about her difficulties in paying for the funeral service.

“I’m asking for help but if I don’t get it, it’s fine … because I’m not leaving my husband in there like that,” Mason said. “We’re going to have a service. I’m going to do everything I know he would have done for me.”

Johnson did not have a life insurance policy and Mason said called it “hurtful” that people were vowing to help but not immediately coming through.

“It’s people that’s saying that they’re gonna give money,” said Mason at the time. “We haven’t received it.”

Mason started a GoFundMe after Johnson’s passing with a goal of $20,000. Celebs responded by making generous donations, theGrio reported. The campaign ultimately raised a total of $55,889.