Celebrities come together to help pay for Anthony Johnson’s funeral

Celebrities and fans alike have come together to donate money for the funeral of late actor and comedian Anthony “AJ” Johnson.

Offset, who is one-third of the rap trio Migos, donated $5,000 to the Johnson family on Sunday, rounding out the total money raised to about $70,000.

Johnson, who is known for his portrayal of Ezal in the classic Black film Friday, died on September 9 after his nephew found him unresponsive inside a Los Angeles store. He was transported to a hospital where he was pronounced dead.

The cause of his death, however, is still unknown.

His wife, Lexis Jones Mason, recently opened up to TMZ about her difficulties in paying for Johnson’s funeral services and called out the “fake love” from people who say they loved him but made no contribution to his family.

Since then celebs have made generous donations, with Mason also saying that she received calls of condolences from a slew of famous voices too. 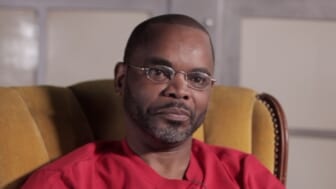 The untimely death of the 55-year-old actor earlier this month shocked the world and many remembered the iconic roles the actor played.

Johnson’s career was launched in the 1990s when he landed a role as E.Z.E. in the Kid ‘N Play comedy House Party. He went on to do stand up throughout Los Angeles and also appeared in several films like Lethal Weapon 3 and Menace II Society.

His most well-known role was playing the crack addict and thief Ezal in the 1995 hit film Friday, alongside rapper-actor Ice Cube and fellow comedian Chris Tucker.

The Compton-born actor went on to appear in nearly 50 television shows and films including I Got the Hook Up, The Players Club and B*A*P*S*.

“Sad to wake up to the news about AJ Johnson passing away,” said Ice Cube in an Instagram post about the actor who he had worked with on several projects. “Naturally funny dude who was straight outta Compton at the same time. Sorry I couldn’t bring your character Ezal back to the big screen in Last Friday.”

Mason said that her husband’s sudden passing put a heavy emotional burden on the family, some of which was caused by the family’s inability to pay for his funeral services. At the time, the family had raised less than $800.

In addition to Offset, other celebrities made financial contributions to the Johnson family including comedians Lil Rel Howery, who donated $4,000, and Michael Blackson who helped raise $10,000 for the funeral.