Johnson's nephew found him unresponsive inside a store earlier this month. His cause of death is unknown.

Comedian and actor Anthony “AJ” Johnson has died at the age of 55.

According to a report from TMZ, Johnson’s nephew found him unresponsive inside a Los Angeles store earlier this month. He was transported to a hospital, where he was pronounced dead. His cause of death is yet unknown.

Johnson’s career was launched after he landed a role as E.Z.E. in the 1990 Kid ‘N Play comedy House Party. He went on to do stand-up across the city of L.A. and also appeared in Lethal Weapon 3 and Menace II Society before his best-known turn starring as Ezal in the hit 1995 film Friday, directed by F. Gary Gray and written by Ice Cube and DJ Pooh.

Born and raised in Compton, Johnson had appeared in nearly 50 television shows and films, including I Got the Hook Up and The Players Club, another Cube film. In the entertainment industry since the 1980s, he was known for his comedic timing and drawing from his California roots in the characters he played. 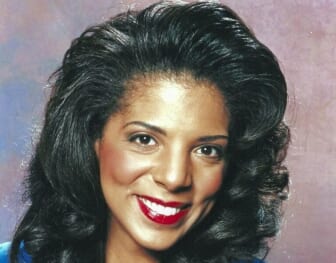 “Sad to wake up to the news about AJ Johnson passing away,” Cube posted on Instagram early Monday. “Naturally funny dude who was straight outta Compton at the same time. Sorry I couldn’t bring your character Ezal back to the big screen in Last Friday.”

Grammy-nominated music producer Swiff D paid tribute to the late star on Twitter, writing, RIP AJ Johnson (Ezell). Hands down one of the funniest dudes EVER.” Host Rickey Smiley also remembered Johnson on the social media platform, sharing a photo of the comedian with the caption: Comedian AJ Johnson Rest in Paradise.”

Johnson also starred in B.A.P.S., playing the love interest of Natalie Desselle-Reid, the actress who passed away in December of last year after a long bout with colon cancer.

The 1997 film follows the story of Mickey, played by Desselle-Reid, and Nisi, played by Halle Berry, as two Southern waitresses who fly to Los Angeles to audition for a music video. Directed by Robert Townsend, it has easily become a Black culture classic, thanks to the iconic looks, hilarious one-liners, and Berry’s unforgettable dance moves. 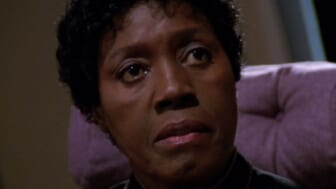 “RIP Anthony Johnson a.ka. AJ Johnson. He was a funny comedian and has been in a lot of memorable roles. Remember he was Shenana boyfriend La Fonne on Martin,” a fan tweeted.

“RIP AJ Johnson you gave us countless classics to laugh at,” added another.