OPINION: Spotify built an empire streaming Black music that helped the audio-streaming giant pay Joe Rogan $100 million. Black artists, know your value and do not subsidize your own oppression. 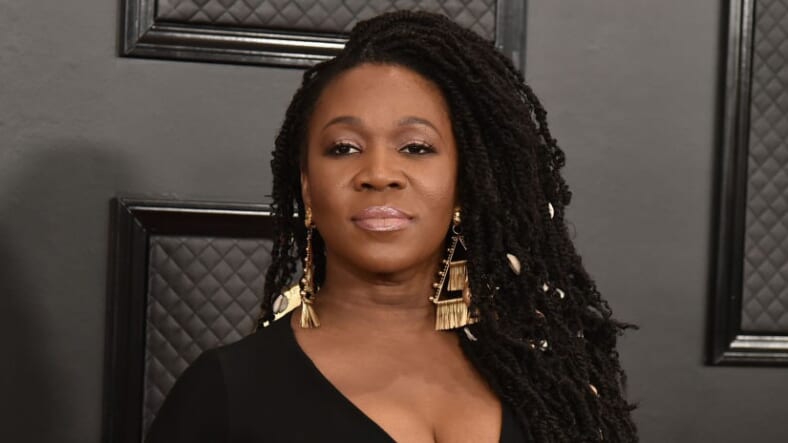 This is an all-hands-on-deck moment for Black America and the streaming entertainment industry. It is time for all Black artists to join India.Arie and send a message to Spotify and drop it like it’s hot. The reason for this is Joe Rogan.

Rogan, who entered into an exclusive $100 million deal with Spotify to stream his podcast, The Joe Rogan Experience, first came under fire for his anti-vaxxer messaging and COVID misinformation on his show. As a result, artists such as Neil Young, Joni Mitchell and others have pulled their music from Spotify and boycotted the music streaming service. But India.Arie went a step further and dropped her music from Spotify not only because of Rogan’s anti-vax talk but because of his enthusiastic use of the N-word. 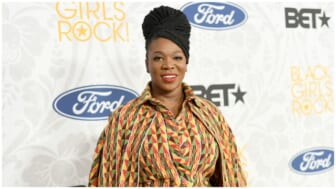 Also Read:
India Arie talks about why she quit Spotify

Rogan not only used the N-word countless times but referred to a movie theater filled with Black people as Planet of the Apes—a comment which Trevor Noah condemned—and said Black people have “a different brain.” And he hosted a guest who claimed Black people have a gene giving them “a proclivity to violence” that white and Asian people do not have.

“I empathize with the people who are leaving for the COVID disinformation reasons, and I think that they should also think that Joe Rogan has the right to say what he wants to say. I also think that I have the right to say what I want to say,” India.Arie said on social media. “So as an artist who builds…Spotify is built on the back of the music streaming, so they take this money that’s built from streaming, and they pay this guy 100 million dollars, but they pay us 0.003 percent of a penny. Just take me off. I don’t want to generate money that pays this. Just take me off. That’s where I’m at,” she added.

Rogan apologized for using the racial slur, as Spotify recently removed 70 episodes of his podcast The Joe Rogan Experience for racially offensive content and COVID misinformation (more than 100 episodes of the show have been deleted in total). And while Spotify CEO Daniel Ek said he was “deeply sorry” about the harm created by the situation with Rogan, he said dropping the podcast entirely would be a “slippery slope.” Ek also vowed to dedicate an “incremental investment of $100 million for the licensing, development, and marketing of music (artists and songwriters) and audio content from historically marginalized groups.”

While Spotify hit 180 million subscribers, a study found that 19 percent of Spotify users have unsubscribed or plan to cancel their account because of Rogan, with another 18.5 percent considering canceling if more music is dropped from the service.

Spotify executives certainly have their reasons for sticking with Rogan. Some would argue Spotify can make $100 million deals with any white supremacist hipster dude-bro they please. Rogan has a large following, and obviously, Spotify is getting that bag in the way that Fox News is getting the bag by featuring Nazi and anti-vax cosplayers who come to work fully vaccinated because their boss mandated it. 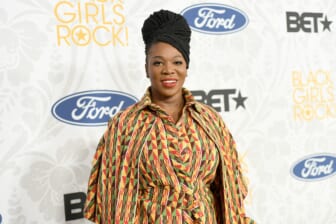 But understand Spotify is not making $100 million deals with you, Black artists and podcasters. India.Arie already told you this. They are making deals with Rogan because of you and not merely instead of you. Know your value and do not subsidize your own oppression.

“So artist relations from Spotify called me yesterday, and they asked me what I want, and I’ve been thinking about this all night. I’m not going to say it all here, but what I want to say to you, it’s something that I already knew, but I want you to know that they said it last night,” India.Arie said. “Most of the streams on Spotify are Black music. But we know that. If you’re paying attention at all, you understand the role of Black music in this world. So that’s a deeper nuance.”

Who will join India.Arie, and why haven’t other Black artists already done so? Some of the most popular artists on Spotify include Rihanna, Lil Nas X, Doja Cat, Drake, The Weeknd and others.

Given that Black people were among the hardest hit by COVID and have built a music industry that historically shortchanged us—whether vinyl records back in the day or digital streaming today—now is the time for Black artists to stand up and represent.

And just to show we can chew gum and walk at the same time, NFL players, you’re next.