A Black person’s nonproblematic guide to watching the Super Bowl

OPINION: If parsing out goodness from a terrible system and finding moments of Black excellence in a torrent of white supremacy is your thing, hopefully, this guide provides you with some solace. 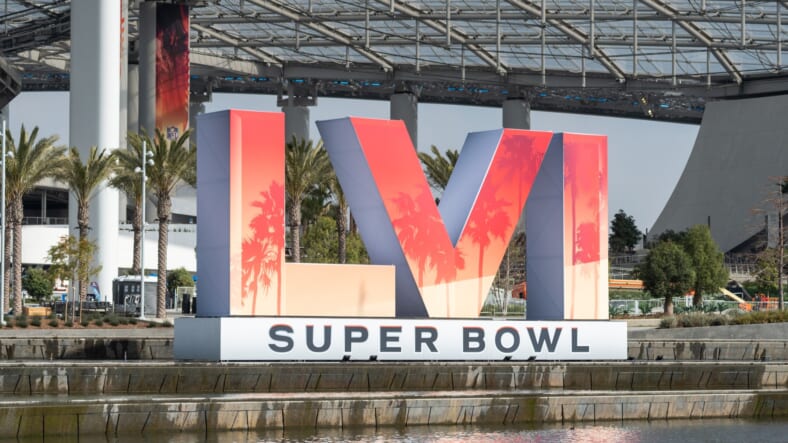 It’s that time of year again, everyone! No, not tax season. Not COVID season (that’s been going two years straight). It’s Super Bowl time! This is the time when a certain percentage of politically minded Black folks have an internal and sometimes external debate about whether they can still be Umoja-loving, Obama-stanning, sage-burning, card-carrying Black folks while still watching the largest, most racist sporting event in America.

Ever since San Francisco 49ers quarterback Colin Kaepernick took a knee in 2016 and was blackballed, the NFL and the Super Bowl, in particular, have joined the likes of Kanye’s catalog, Bill Cosby’s filmography and your tattered old copy of Gifted Hands as one of those things that Black people used to enjoy or take pride in that are now utterly ruined by the political realities and scandals surrounding them. Of course, that was also nearly six years ago, and memories, principles and boycotts fade over time, whether we admit it or not. Now the question is, how do you rationalize it for those slipping back into the Super Bowl’s DMs Sunday? 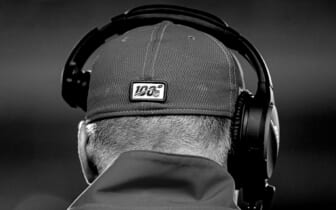 Back in 2016, for many dedicated sports fans, Kaepernick’s protest experience was the final straw in a long, drawn-out breakup with the NFL, which included the league’s hypocritical stances on sexual assault and domestic violence accusations against players and their refusal to settle with players who were dealing with CTE and other consequences of game-induced concussions.

Those people aren’t coming back. This is about everyone else, from those who made a principled stand five years ago to not watch the NFL, who are just tired of boycotting and just want to eat wings with friends this weekend, to the virtue-signaling wokesters who’ve never watched an NFL game in their lives but bragged about boycotting while wearing Colin Kaepernick No. 7 jerseys (You do realize that’s still supporting the NFL right?) and now want an excuse to attend a pandemic party. This is no small task because, arguably, the NFL has gotten more racist since Kaepernick’s protests.

The NFL has dropped from seven to now two African-American coaches since 2017, and it took former Miami Dolphins head coach Brian Flores dropping a lawsuit this month to even get that number. Since 2017, we’ve found out that the Washington Commanders (should’ve been the Red Tails) team owner Dan Snyder did nothing when, in 2013, during a team-sponsored trip to Costa Rica, cheerleaders were allegedly stripped of their passports and forced to pose for topless photos while stadium suite owners watched and escort these men to clubs and parties.

Since 2017, we saw the NFL try to lowball former players suffering from CTE by arguing that Black people are naturally dumb. Since 2017, we’ve seen the NFL give Justin Timberlake a whole half-time performance when, no matter how much Janet forgave him in her documentary, he’s still just a talented white kid from Tennessee who ripped off a Black woman’s clothes on national television and let her take the blame.

The NFL is a league that despite new “safety rules” is still so fundamentally violent to the Black body that even Calvin Candie would wince if he had to watch a game. Let’s not even talk about how the NFL has shown us that when it comes to Black lives and justice politics that Jay-Z and Beyoncé are clearly sipping from different drinking gourds. So how are you going to watch this spectacle? With theGrio’s Official Black Person’s Guide to Watching the Super Bowl. No need to “Do your own research”; we’ll look at the racial pros and cons of each team and give you the freedom to root for whomever you want without having to avert your eyes when you meet the ancestors.

Cons: The Cincinnati Bengals owner Mike Brown is a right-winger who’s been loud and wrong about just about everything during his tenure. He supported Trump (like most NFL owners), donated to Republicans and literally BEGGED his players not to kneel in protests back in 2017 for no other reason than to appease racist fans. Brown was also a birther and said he didn’t think Obama actually wrote his first book, Dreams From My Father, and he supported one of those crazy Texas anti-trans bathroom bills.

This weekend’s star Bengals players quarterback Joe Burrow and wide receiver Ja’Marr Chase attended Trump’s White House congratulatory dinner after winning the national championship with LSU in 2020. However, as college kids, they may not have had a choice. The Bengals certainly sported a number of Trump-supporting players over the years, but it’s not like they were tweeting out racist memes like many other teams. One of the biggest problems in the NFL head coach hiring is racism and nepotism, and Bengals coach Zac Taylor is one of the 34 percent of NFL head coaches related to a current or former NFL head coach.

Pros: Until 2018, the Bengals had Marvin Lewis, the longest-tenured Black coach in the NFL (15 years), which is impressive. Also, Burrow has spoken out about institutional racism and signed a petition to end qualified immunity for police officers, which is a big deal given Cincinnati’s history of police brutality. The Bengals have five African-Americans on their coaching staff. The Bengals also have an Asian-American minority owner, Dr. Edison Miyawaki, a 93-year-old man who’s owned part of the team since 1994.

Overall: Should you feel guilty about rooting for the Bengals? No moreso than rooting for any college team that doesn’t pay Black athletes or eating Papa John’s pizza or patronizing most other large corporations that profit off Black labor but give little or nothing back. They have a halfway decent record on diversity and appear to have a young white quarterback who speaks out about racial issues. If you root for the Bengals, your ancestors may give you the side-eye, but you won’t be thrown totally into the Sunken Place.

Cons: The Los Angeles Ram’s owner Stan Kroenke is a terrible guy who used public money from St. Louis to build a stadium then abandoned the mostly Black city for the glamour of Los Angeles in 2016. St. Louis’ first Black female mayor, Tishaura Jones, was there to make sure he paid his fair share.

Kroenke also gave a million dollars to the Trump inauguration slush fund and gave money to the Clintons. Oh, you thought this was a partisan breakdown? The Clintons’ record with African-Americans has more drawbacks than Hawkeye, and Kroenke’s millions come from marrying into the Walmart empire, which the Clintons allowed to run wild back in Arkansas. The Los Angeles Rams are also one of only 13 teams in the NFL to have never had a Black coach at any point in the team’s history despite the fact that Kroenke actually sat on the 2003 NFL committee that created the Rooney Rule, which rewarded teams for interviewing and hiring Black head coaches. The Rams’ new SoFi Stadium has also been a terrible neighbor and gentrifier in the Inglewood community in Los Angeles, pricing Black people out of their homes and snarling traffic to an impossible degree.

Pros: While there were tons of professional athletes that gave lip service to issues like Black Lives Matter and George Floyd’s murder in 2020, you’d be hard-pressed to find a team full of more expressive players than the Los Angeles Rams. Linebacker Von Miller wrote an essay in Time magazine about the need to say the names of police brutality victims and supported Black Lives Matter. Cornerback Jalen Ramsey took a knee during his time on the Jacksonville Jaguars to protest police brutality back in 2017.

That’s just the prominent Black players on the team. Ram’s quarterback Matthew Stafford wrote an incredibly personal letter in The Player’s Tribune about his complicity in systematic racism and how he needed to step up and support his Black co-workers. Wide receiver Cooper Kupp did a Twitter thread about his changing feelings and responsibilities after a Rams’ team meeting in 2020, just days after the death of George Floyd. I would never argue that the Los Angeles Rams are full of activists, but I’ll admit they’re much more politically aware and vocal about Black issues than many other teams in the NFL. Also, the Rams’ coaching staff is 49 percent African-American, including the defensive coordinator, so they are far above the league average in hiring black coaches.

Overall: While the Rams’ owner isn’t nearly as lousy as the Bengals Mike Brown, he’s probably caused just as much damage with his donations and abuse of city resources as his rival owner this weekend. However, there isn’t much comparison when it comes to the players and the team itself. The Rams have a much more vocal and politically engaged group of players, especially when talking about African-American issues, and if you were looking for a way to feel slightly less guilty, then the Rams should be your team this upcoming weekend. 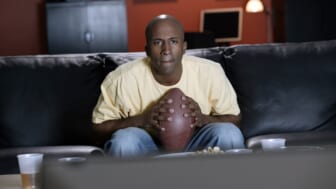 Also Read:
Despite the NFL’s many problems, some of us can’t resist watching the Super Bowl

So there you have it, the safest Black guide to how to watch the Super Bowl this weekend. If parsing out goodness from a terrible system and finding moments of Black excellence in a torrent of white supremacy is your thing, hopefully, this guide provided you with some solace. However, if this all seems like too much work for you, if your conscience still can’t take it, you could always just choose to not watch the game. I’m pretty sure the ancestors and thousands of other athletes and activists who quit the NFL years ago would welcome you this Sunday with open arms.