TV psychic Miss Cleo to be subject of new documentary

Youree Dell Harris came to fame the 1990s as she told the fortunes of viewers via the pay-per-call Psychic Readers Network.

Miss Cleo is once again returning to the airwaves as the 1990s icon will be the subject of a new documentary.

She came to fame decades ago as a Jamaican accented personality and purported psychic who enticed her commercial’s viewers to learn their fortunes through a call-in number.  “Call me now,” Miss Cleo would say as her popular catchphrase. Behind the persona was Youree Dell Harris, and her actions became the center of a multimillion-dollar fraud investigation.

Now, the behind-the-scenes story will be told in a new documentary by the nonfiction entertainment studio XTR and production company Majority, according to Deadline.

“Claiming to be a shaman from Jamaica, Miss Cleo’s charisma and famous imperatives enabled the Psychic Readers Network, a pay-per-call service, to charge callers seeking answers over $1 billion for advice,” XTR officials told the outlet. “But in 2002, it all came crashing down when the Federal Trade Commission accused the network and its owners of deceptive advertising, billing, and collection practices, bringing Miss Cleo’s reign as queen of clairvoyance to a dramatic end.” 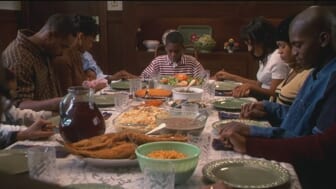 Also Read:
28 Days of Black Movies: I will never ever leave a towel on a stove because of ‘Soul Food’

Senain Kheshgi will serve as the director of the documentary. The Peabody Award-winning filmmaker intends to interview “subjects throughout Miss Cleo’s past.” In a statement, she offered a sympathetic take of the TV soothsayer.

“Youree Harris may have been an accomplice or perhaps a victim in the Psychic Reader’s Network fraud but she also had talent and personality, which for women doesn’t always translate into access or wealth,” Kheshgi said.

She maintained that the yet-untitled documentary would shed a light on the double standards that people of color still face in society.

“Her story is an example of how brown and Black women have historically been marginalized and exotified in society and popular culture,” Kheshgi said of Harris. “The enduring image of the dark, mystical woman still continues to perpetuate this stereotype. As a woman of color and a director who wants to explore stories from diverse perspectives, I am moved by how Youree found a way to navigate her life on her own terms.”

Harris died in 2016 of colon cancer. She was 53. Ten years before her death, she spoke to The Advocate and came out publicly as a lesbian.

“There is Miss Cleo, and now it’s going to be, Miss Cleo is gay. I’m not sure how that is going to look, but as much bad stuff has been said about me up to now, what’s another slur?” Harris told the outlet.

She denied having become rich off the Psychic Friends Network. 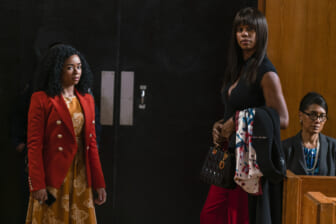 “Everything was dismissed against me,” she said. “My family had to deal with the lies and the garbage and the misrepresentations. People really believed that I owned the company. I’m said to have gazillions of dollars. I wish people would tell me where it is.”

Harris had kept her sense of humor amid the maligning, and joked about her fame as a TV psychic.

“Sweetheart, after 2002, if I’m not desensitized to a certain degree, I really just need to pack it in. There were so many things said about me, and I just thought, Are you sh–tin’ me? [Laughs] I’m a very sensitive person, but I had to get tough. I enjoy many of the jokes,” she said.

There is not yet a release date for Kheshgi’s documentary.