Prosecutors said the shots Brett Hankison fired that killed Taylor also endangered the couple and child who lived next door.

LOUISVILLE, Ky. (AP) — The shooting death of Breonna Taylor was front and center on the first day of a criminal trial for the only police officer charged in the deadly 2020 raid.

Brett Hankison, now a former Louisville police officer, fired 10 shots in the raid, none of which hit Taylor, but prosecutors said they endangered the couple and child who lived next door.

During opening arguments Wednesday, prosecutors told jurors the case is not about the killing of Taylor, who was Black, or police decisions that led to the raid.

“Breonna Taylor should not have died that night,” said Barbara Maines Whaley, a prosecutor with the Kentucky attorney general’s office. Whaley told jurors the city of Louisville paid millions in a civil suit, “but the money did not bring her back. Nothing will.”

Hankison is charged with three counts of wanton endangerment, a felony with a range of one to five years in prison. 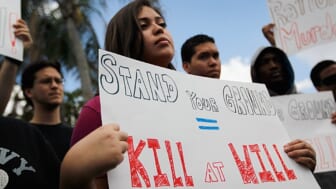 Hankison’s attorney, Stewart Mathews, told jurors that when the gunfire began, Hankison “was attempting to defend and save the lives of his fellow officers” and followed his police training.

He said Hankison’s shooting was justified during a chaotic scene lasting just 10 to 15 seconds.

Taylor, 26, worked as an emergency medical tech and was settling down for bed on March 13, 2020, when officers kicked in her door. They drew fire from Taylor’s boyfriend, who thought an intruder was breaking in. Two officers at the door returned fire, killing Taylor.

Taylor’s neighbor, Cody Etherton, was first on the stand and testified that he was nearly hit by Hankison’s bullets in the apartment next door.

Several Louisville police officers who were with Hankison the night of the raid testified they served the warrant at Taylor’s ground floor apartment as “knock and announce,” even though a no-knock warrant was approved. Several officers said they knocked at the address for minutes longer than usual. 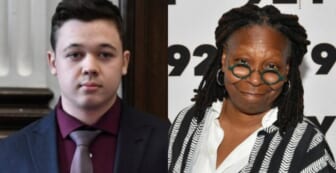 Sgt. Michael Campbell testified that just before the shooting began, he was standing with Hankison, but like his colleagues, testified that he couldn’t tell what Hankison did.

“I don’t remember where he was at that point. I didn’t see him shoot,” Campbell said.

Hankison fired five of the bullets through the glass door and several more through a bedroom window.