EXCLUSIVE: “The role of Black Americans and trade in the economic beginnings of our country, it's incredibly powerful," U.S. Trade Representative Tai told theGrio. 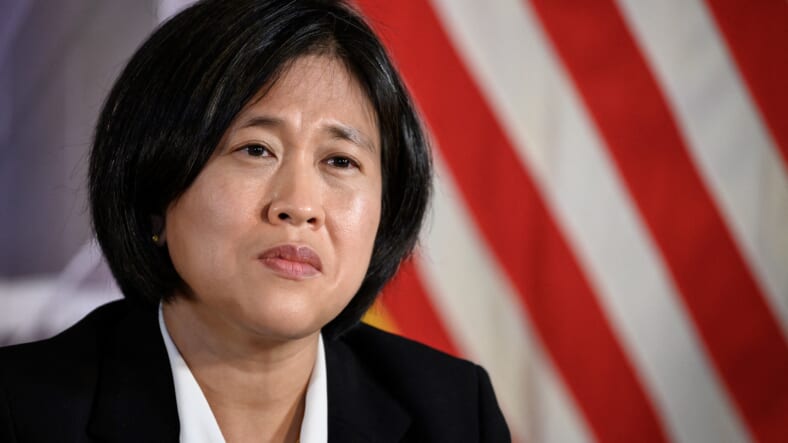 US Trade Representative Katherine Tai attends a keynote address and conversation hosted by the Graduate Institute’s Geneva Trade Platform about the World Trade Organizations important role in the global economy during her visit on October 14, 2021 in Geneva. – Earlier, Tai signaled a shift in Washington’s stance on the World Trade Organization’s dispute resolution process. (Photo by Fabrice COFFRINI / AFP) (Photo by FABRICE COFFRINI/AFP via Getty Images)

Katherine Tai, the United States Trade Representative for the Biden-Harris Administration, told theGrio in an exclusive interview she wants to be “​​a lot more intentional about how [the United States is] designing [its] trade policies to make them as inclusive as possible.”

As part of the effort to engage the Black community, Tai will visit Morgan State University in Baltimore on Monday for a roundtable discussion with students and faculty on the need to create trade policy that expands economic prosperity to historically overlooked communities. 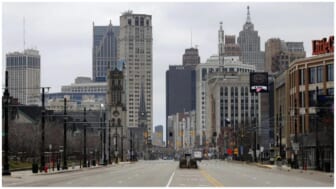 “The role of Black Americans and trade in the economic beginnings of our country, it’s incredibly powerful, and a really good reminder about how important it is to be thinking through what the implications of our trade policies are going to be,” Tai told theGrio. “And it provides us with positive lessons and also lessons for things that we know we don’t want to do again.”

With an understanding that Black Americans have a complicated history and tie to trade but have not been included in the economic benefits of it as the United States has evolved, Tai has made it a priority to find ways to fill the gap.

Tai told theGrio that her agency will be equipped to tackle disparities in trade opportunities for Black Americans when a two-part investigation she requested from the U.S. International Trade Commission (USITC) is finalized in this fall season.

The inquiry will evaluate the effects of trade policy on U.S. workers by skill, wage and salary level, gender, race/ethnicity, age, and income level through a series of seven roundtable discussions, an academic symposium, a hearing and a public comment period. These activities kick off on March 1.

“This exercise is so critical because if we don’t ask the right questions, it’s going to be really hard to understand what our trade policies should look like,” Tai explained. “And because we’ve not asked these questions before, we don’t know how effective our trade policies have been, or how inclusive they’ve been.” 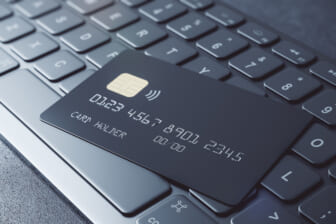 In the midst of supply chain disruptions with countries like China due to the pandemic and Russia due to its invasion of Ukraine, theGrio spoke with trade experts to learn how shifts in trade could present economic opportunities for Black Americans in the future.

According to Todd Tucker, director of industrial policy and trade at the Roosevelt Institute, there are opportunities for the United States to increase its trade with the Caribbean by expanding the manufacturing of textiles to this region.

He also believes innovation will be key for Black Americans in the STEM fields as the United States explores domestic alternatives. The creation and manufacturing of new technologies in the United States has the potential to provide opportunities for sustainable wage increases. One of the main areas of focus at the moment for this innovation is in the development of semiconductors.

“If you’re encouraging more innovation, you’re going to encourage more productivity gains, which then allows more scope for people that are employed in those industries to get higher wages,” Tucker contended. 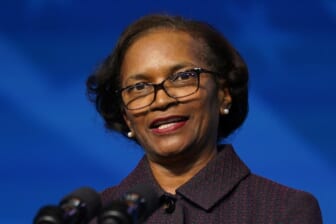 He also sees opportunities for domestic manufacturing to expand union representation in the United States workforce. Tucker views unionization as an additional vehicle to increase wages and work conditions for Black Americans.

“Unions play a very crucial role in keeping down inequality, keeping down poverty,” Tucker underscored. “For Black workers, the unions in manufacturing represented one of the few available pathways to the middle class.”