"It doesn’t mean much to me because I think it was just an honest mistake the guy made," Chingy reportedly said

As previously reported by theGrio’s Chauncey Alcorn, John Demsey served as executive group president of The Estée Lauder Companies Inc. prior to being dismissed after posting a meme on Instagram that included a racial slur and a joke about COVID-19.

The since-deleted photo showed Big Bird wearing a medical mask while his famed imaginary friend was seen lying in bed with a thermometer in his mouth and an ice pack on his head.

The title of the fictitious book read, “My n***a Snuffy done got the ‘rona at a Chingy concert.” The controversy made Chingy the No. 1 trending Twitter topic in the US on Monday afternoon. The post has since been deleted. 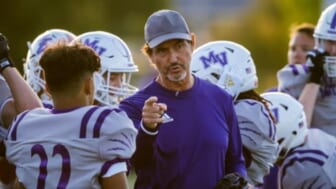 Also Read:
Art Briles resigns from Grambling after 4 days on the job

According to StlToday, Chingy commented on Demsey’s apology post on Instagram, writing, “I’m CHINGY who you wurr speaking of and I didn’t take it a way at all. Matter fact I can tell you wurr jus trying to be hip like the kids today an it jus came out the wrong way. I didn’t see it as being a racial slurr ethier my brother. I love you guys products always have and I hope you keep yurr job my man.”

Additionally, the 41-year-old rapper, who is best known for his 2003 debut single, “Right Thurr,” filmed a video on his own page. According to StlToday, he stated, “Y’all wanna know what I’m doing while everybody is gossiping, talking about I’m trending around the world over some stuff I’m not even concerned about, and I didn’t take to heart.”

“It doesn’t mean much to me because I think it was just an honest mistake the guy made.”

He went on to say that he had been on tour and spending time with his family and that, “while everyone in the world has my name in their mouth. Peace and love to that brother. I didn’t take it no type of way.” 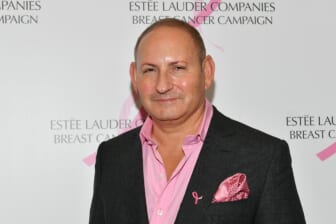 Despite the rapper’s support, Demsey is no longer with the company. The statement released by the company noted that the social media scandal was a direct cause.

“This decision is the result of his recent Instagram posts, which do not reflect the values of The Estée Lauder Companies, have caused widespread offense, are damaging to our efforts to drive inclusivity both inside and outside our walls, and do not reflect the judgment we expect of our leaders.”

According to the previous reporting, Estée Lauder clarified, “John was not fired, he was told he had to leave the company and is retiring this week,” a company spokesperson told theGrio in an emailed statement.