OPINION: The Grammy-winning pianist/producer’s ‘Black Radio’ series and his work with rappers blurred the lines of Black genres over the past decade

“The reality is that my people have given the world so many styles of music; we have so many different styles. So should I just confine myself to one of them? We want to explore them all.” – Robert Glasper, 2016

An experiment is defined as a procedure that tests a hypothesis, demonstrates a known fact, or makes a discovery. Robert Glasper’s gathering of musicians Derrick Hodge, Chris Dave, Casey Benjamin, Mark Colenburg in the 2010s was that procedure. The known fact that they were proving is that Black music has no boundaries. The hypothesis they were testing was that this fact would permeate 21st century music practices and institutions.

On February 28, 2012, jazz pianist Robert Glasper and his electric quartet, The Robert Glasper Experiment, released Black Radio. The Blue Note album featured guest appearances from Lalah Hathaway, Yasiin Bey, Lupe Fiasco, and Ledisi. An electric hothouse of eclectic influence and artistic curiosity, it expanded on the traditional notions of what a jazz musician can do. 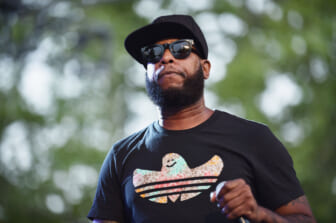 Ten years later, nearly to the day, Glasper released Black Radio III. Boasting an all-star cast of guests like Killer Mike, Musiq Soulchild, Common, D Smoke, and Jennifer Hudson, it is a coronation of a career that has not only expanded the profile of Glasper but also erased rigged expectations and limitations of what Black music can be.

What transpired in between these recordings has helped usher in a new renaissance of Black American music. In a time when major labels’ monopoly on artistic output was dwindling, the era was ripe with needs to shake up Black music.

Glasper, his band, and contemporaries like Terrace Martin, Keyon Harrold, Stephen “Thundercat” Bruner, and others have set a new standard of genre fluidity, re-emphasizing the power of live instrumentation.

Glasper is a Houston-based jazz pianist with an affinity for hip-hop and R&B, and the chordal aesthetic of a gospel musician. Through his close friendship with vocalist and New School classmate Bilal, he was able to find his place within the Soulquarian camp in the early 2000s. He formed a relationship with Common and J Dilla, absorbing the energy of one of the most pivotal eras in Black music history, fusing hip-hop with various genres.

The gaps between jazz and hip-hop had been established by the powers that be for a long time, despite truthfully being two sides of the same coin. The connection between the two genres and cultures can be traced back to the jazz poetry of Langston Hughes, to the creative union between Gil Scott-Heron and Brian Jackson, Ron Carter lending his live bass to A Tribe Called Quest’s The Low-End Theory and Roy Hargrove’s RH Factor projects. 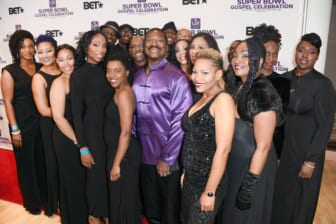 Also Read:
Sounds of Blackness talk about reparations, ‘Optimistic,’ being more than just a gospel group

With Black Radio, Glasper set out to make a statement that jazz would not be confined. The album’s curation of guest talent was not only adventurous but the collective’s unorthodox song arrangements on its selection of covers made the album stand out.

In 2013, Glasper dropped Black Radio 2. With more original compositions and an even more eclectic list of guests that includes Anthony Hamilton, Brandy, and Norah Jones, the sequel expanded on its predecessor’s air of risk-taking, but with a more methodic execution.

Between Black Radio 2 and Black Radio III, Glasper worked on numerous projects as a sideman, leader, and producer. But no album that he contributed to had the impact of Kendrick Lamar’s To Pimp a Butterfly in 2015.

Playing on nearly half of the album, including the Grammy-winning “These Walls” and the gold-certified “The Blacker the Berry,” Glasper’s presence made so much difference in the outcome of To Pimp a Butterfly. Joined by contemporaries like Martin, a major producer on the project, Bilal, Kamasi Washington, and Thundercat, the brand of Black music he had been cultivating with the Black Radio projects had penetrated the most high-profile rap record of the decade.

Like Black Radio and Black Radio 2 before it and Black Radio III after it, To Pimp a Butterfly was a melting pot of music edicts from the African Diaspora. Glasper’s and the other musicians’ fingerprints on the project helped illuminate the possibilities of what hip-hop could be for a mass audience. 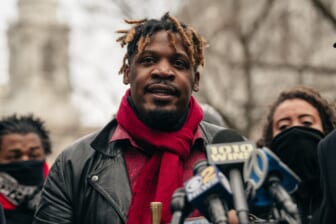 From there, Glasper and his cohorts officially went from bridging the gap between hip-hop and jazz to blurring the lines between the genres altogether.

The pianist and producer’s imprint spread throughout the music. His playing can be heard on rap albums by Common, Big K.R.I.T., and Royce da 5’9’’, as well as singers Dianne Reeves, Laura Mvula, and Brittany Howard.

Thanks to the influence of the Black Radio projects and To Pimp a Butterfly, artists who have since employed Glasper and his contemporaries do so not just because of the proven, but the unproven.

Glasper’s keys, Hodge’s bass, Dave’s drums, Martin’s sax, and so on, have exposed the true malleability of Black music in the 21st century. Not only are they fulfilling the promise of cats like Dilla and Miles Davis, but also the wisdom of Duke Ellington and Quincy Jones who crusaded against categorizing Black music.