Designer Maximilian Davis is the new creative director of Ferragamo

The Trinidadian-British designer will be the first Black creative director of the 95-year-old label founded by Salvatore Ferragamo.

A legendary Italian fashion house is about to get some new blood. On Monday, luxury label Salvatore Ferragamo announced that as of Wednesday, March 16, its new creative director will be Trinidadian-British designer Maximilian Davis.

As reported by Women’s Wear Daily, the Manchester-born designer is a graduate of London College of Fashion and was formerly a junior designer for the eponymous label of 2016 LVMH Prize winner Grace Wales Bonner.

In 2020, he founded his own namesake brand, Maximilian, which “attracted immediate international recognition,” according to Ferragamo’s press release. That recognition resulted in Davis being named a semifinalist for this year’s LVMH Prize for Young Designers—a competition he mysteriously withdrew from. 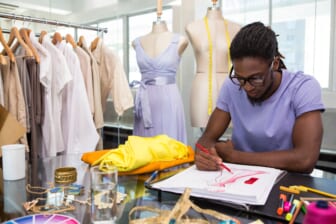 The mystery is seemingly solved by his new appointment. According to a spokesperson, Davis has agreed to put his eponymous label “on hold and be fully dedicated” to his new role at the creative helm of the Florence-based fashion house, where he succeeds designer Paul Andrew.

To that end, Davis showcased “his most shop-floor-ready collection to date in London last month,” WWD reported, adding: “He offered sharp, tailored pieces inspired by equestrian and Davis’ Catholic school life, sexy little dresses, and luxurious suede trench and nappa cropped jackets,” an aesthetic well in keeping with Ferragamo, where Davis will be the first Black designer to take the helm.

Davis interweaves elements of his Trinidadian heritage – the liberated sartorial spirit of Carnival dressing, 19th century Caribbean equestrian-wear, the notion of Sunday Best – into his sublimely elegant, sensual and contemporary tailoring and eveningwear, which articulate an incredible attention to cut, drape and form.

“I am delighted to welcome Maximilian at the house of Ferragamo,”  Chief Executive Officer Marco Gobbetti said in a statement. “The clarity of his vision together with the level of execution and his powerful aesthetic make him one of the most brilliant talents of his generation.

His work is defined by elegance, refined sensuality, and constant commitment to quality. Through his lens of contemporary sensibility, he will write a new, exciting chapter for this house built on a heritage of creativity, craftsmanship, sophistication, and outstanding human values.” 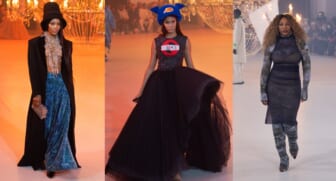 According to WWD, Gobbetti, who has only been in his role since January, also boasted of “new energy to fuel” the 95-year-old brand while speaking to the press last week. It was no doubt an allusion to both his appointment and that of Davis, who expressed his own excitement in a statement.

“I am deeply honored to be joining Ferragamo, and grateful for the opportunity to build on the rich and profound heritage of the house,” he said. “Ferragamo represents a dedication to timeless elegance and sophistication that I find incredibly inspiring. I’m looking forward to articulating my vision, elevated by the codes of Italian craftsmanship, quality and innovation.”