Edited by Rebecca Walker, the book's 29 essays explore how the dynamics of money specifically impact the lives of women.

Eighty-three cents on the dollar. That’s the wage disparity reported this year for Equal Pay Day, which represents the date a woman working full-time could hypothetically “catch up” to what her male counterparts earned the previous year.

For Black and brown women, the gap is significantly wider: 58 and 49 cents on the dollar, respectively. But in addition to the money we’re not making, our relationships with money are often equally fraught. This is the complicated, nuanced and deeply personal dynamic explored in Women Talk Money: Breaking the Taboo, a new collection of original essays edited by Rebecca Walker.

Described as a collection that “lifts the veil on how women talk about money and unflinchingly recounts the power of money to impact health, define relationships and shape female identity,” the roster of talent is as intriguing as the subject matter.

“I’ve learned that it’s very difficult for women to talk about money,” Walker told theGrio when asked what she’d gleaned from bringing this often triggering topic to the page.

“I’ve done five anthologies; they’ve each been like intense therapy sessions where I’ve worked with 30 or so writers and had to excavate all kinds of shame and confusion — but this was by far the hardest,” she said. “So what I’ve learned is that talking about money is brutal for women and that we need to do it a lot more because once those writers got to the end of their pieces, they were lighter, they were freer and felt a lot better about themselves—and their work improved dramatically, too.” 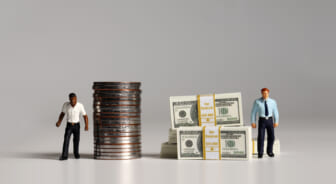 For Walker, the conversation actually began over a decade ago, amid the Great Recession of the late-aughts that catapulted many Gen-Xers and Boomers into a financial crisis from which some have yet to recover.

“I became really aware of how much I was talking about money with all of my friends for the first time — because we were all dealing with it,” Walker explained. “The recession had really taken us out … it was like everything changed. So, at that time, we started to have honest conversations about money because it’s what was on everyone’s mind.”

“And I realized that those were conversations that I hadn’t had before,” she continued. “That really, the discussion of money had been so mired in taboo and secrecy and this sense that you’re not supposed to talk about how much money you have, need, want, inherited, wish you had inherited … That it was a stumbling block to friendship and intimacy and actual consciousness around how women could be more proactive and engaged in our own financial wellbeing.”

“And I just started to realize that if we didn’t talk about it, we weren’t going to be able to actively support each other in meeting our goals and understanding how our financial lives have been shaped by many different forces,” Walker added.

Those forces could include environmental racism, lack of access to healthcare or generational wealth, occupational and educational segregation, a lack of mentorship on financial literacy or even gender dysphoria — all of which are explored in Women Talk Money.

“[S]ome contributors write about the wounds of white supremacy and the assumption that if you’re Black or Brown you must have made your money illegally,” the book’s release further explains. “They write about class-crash, family shame, and what money can buy you on the reservation. They write about the intersection of money with immigration, assimilation, and more.”

Similar to the Great Recession, the COVID-19 pandemic has has a profound impact upon our financial lives — especially the financial lives of women. While Equal Pay Day actually came earlier this year, according to a new report from the Department of Labor, the gap widened for women of color. One reason cited by the report is that women of color, especially Black and brown women, are largely overrepresented in the lowest-paying careers, like home healthcare and domestic work.

“Occupational segregation feeds this negative impact and has significant impacts for women, for families and for the economy,” said Wendy Chun-Hoon, director of the Labor Department’s Women’s Bureau, in a press briefing, as reported by The Washington Post. 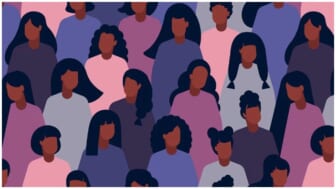 “Walker argues that until women begin to talk freely about money and all of its implications, women’s contributions will continue to be unrecognized and undervalued, and women’s compensation will continue to pale in comparison to their male counterparts,” notes the book’s release.

It’s a sentiment Walker echoes as she discusses the range of stigmas impeding women from having honest conversations about money, let alone taking control of their finances.

“I think women think we’re alone, you know?” she said. “‘Look, I made this mistake. I screwed this up [and did the wrong thing] — or I did this great thing. But whatever it is, we’re not alone.”

“If you don’t have the skills and resources to manage your money, you shouldn’t necessarily feel entitled to go get that information,” Walker continued. “You know, just to really excavate the struggles that Black women are having around the decisions that we make because we don’t have the mentorship.”

Women Talk Money may not be intended to replace that much-needed mentor, but it is a point of empathy and understanding from which women can begin to release narratives that don’t serve them or their financial futures.