LGBTQ youth in Florida fear the impact of the new bill that is set to become law with Gov. Ron DeSantis's signature.

The Florida legislation dubbed the “Don’t Say Gay” bill will soon become law with the signature of Gov. Ron DeSantis, and queer Black and Latinx youth in the state are worried about how they will be affected.

In an NBC News report Monday, one Afro Latinx 13-year-old student in Miami, Zen, who uses gender-neutral pronouns, said they never told school administrators about how they were bullied before the bill passed because those involved were usually white and more wealthy.

“Every day, every class, I make a choice on, ‘Am I going to speak out about this?’” Zen told the network. “Every time, when I make that choice, it is terrifying … the passage of this bill will exacerbate everything that makes me scared to go to school.”

And Zen is not alone.

The report notes that a 2020 study by GLSEN and the National Black Justice Coalition found that more than half of Black LGBTQ kids feel unsafe at school. 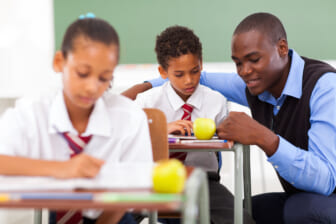 The Parental Rights in Education bill “is a direct attack on LGBTQ+ kids, undermining their mental and emotional health, and fostering an environment of intolerance and ignorance,” David Johns, the coalition’s executive director, told NBC News in a statement. He notes that, to Black LGBTQ youth, “who already face barriers to feeling safe and supported at schools, those harms will be amplified tenfold.”

The new legislation was one of two bills that could negatively impact Black youth in Florida. It will ban the instruction of gender or sexual identity for kids in the third grade and younger. However, critics have noted that the vague language in the bill specifying that lessons be “age-appropriate” could extend the restriction.

The second bill is the Stop the Wrongs to Our Kids and Employees Act — or the Stop WOKE Act —which will ban the instruction of critical race theory in grades K-12. The theory is generally taught in colleges and law schools, but the phrase has been used by conservatives as a catch-all for any American history that explains systemic racism or white supremacy. 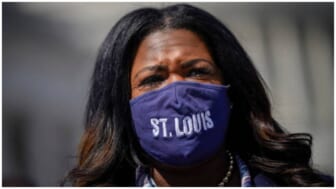 While walkout-staging students and frustrated parents have pushed back against both bills, they are unlikely to sway DeSantis, a Republican governor rumored to be vying for the 2024 Republican presidential nomination. He and other conservatives have said these bills are intended to strengthen parental rights in education.

Still, 17-year-old Gianna Mulle, a senior at Felix Varela Senior High School in Miami who identifies as lesbian and uses “she” and “they” pronouns, expressed her fear of the “don’t say gay” legislation to NBC News.

“I feel like as soon as this bill is going to be passed, I’m going to be so terrified for all of my peers,” said Mulle, an activist with Safe Schools South Florida, a group advocating for LGBTQ students. “It’s going to hurt no matter what.”