The second annual Hillman Grad Mentorship Lab program from Lena Waithe‘s Hillman Grad Productions is just days away from kicking off, and it officially announced its 2022 class.

As theGrio previously reported, the second lab was announced in January. The eight-month free program “allows applicants access to media industry professionals to enhance their creative skills to create pathways and opportunities for people of diverse backgrounds.”

The new class of creative executives, actors and writers is flying out to Los Angeles this week. 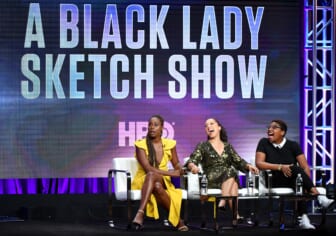 Waithe shared in a statement, “As long as I can recall, my heart has always been about giving back to the next generation of storytellers, whether hosting writing workshops, coffee meetings on Saturdays to lend advice or doing table reads on scripts. The diversity of the Mentorship Lab is unlike any other room in Hollywood where all voices are welcome.”

The program is self-funded by Waithe. More than 1,700 applicants from across the country applied this year. On March 18, the new class will head to Los Angeles where they will be given their “first taste of Hollywood.” Their official showcase happens later this fall. 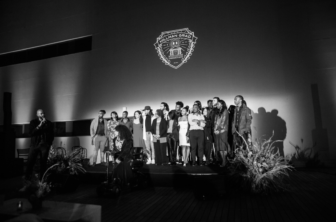 “Waithe and team will create an evolving door for networking opportunities— where every filmmaker and actor is market ready with on-site skill capabilities,” the press release reads. Hillman Grad Productions was founded by Waithe and Rishi Rajani, while the mentorship program itself is helmed by executive director Lacy Lew Nguyen Wright, and senior advisor Justin Riley.

For more on Hillman Grad Productions, their various projects, and more, head to the official site here.